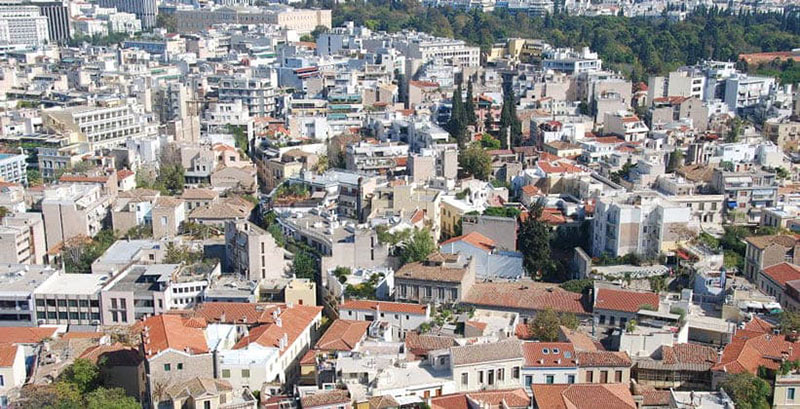 “The situation is now desperate. We cannot move, we cannot sleep, we cannot live.” George Zafeiriou has been living on Pittaku Street for the past 25 years Plaka. Like all permanent residents of the area, he notes that this year the situation is unprecedented, resulting not only in a huge increase in the number of […]

Greece is in first place for French travelers, and the demand of Russians in Turkey exceeds the supply. Greek Minister of Tourism Vassilis Kikilias reports on the success of the current tourist season: “Agreements concluded with major tour operators in Europe are bearing fruit. We have worked very hard with a plan and a strategy […]

Passenger traffic at Greek airports grew by 383% and reached 8.1 million people between January and April 2022, compared to the same period in 2021, when only 1.7 million passengers were registered due to Covid restrictions, The Civil Aviation Authority announced on Monday. The CAA added in a statement that scheduled flights to Greek airports […]

Active booking of places in hotels and air tickets sets a high pace for the growth of tourism in Greece. This season, after a very satisfactory performance for Easter, Greece expects an influx of tourists almost like in 2019. A dynamic recovery in tourism is expected to levels very close to 2019, the last year […]

Officials have warned that tourism in Greece for the 2022 season is threatened by staff shortages and rising energy prices. Tourism is a key industry in Greece, providing a quarter of the national income. A record number of tourists is expected this year – after the lifting of all restrictions related to the coronavirus. The […]

Tour operators note that, despite the lack of direct flights and sanctions, the Russians still seek to relax in Greece. Dimitris Charitidis, Managing Director of TEZ TOUR, says: “We see that demand is slowly growing. We order accommodation and ask you to find suitable air tickets. Some do it on their own.” Ambotis CEO Vitaly […]

This morning, April 23, the Greek island of Skiathos received its first direct flight from Paris with 137 passengers, opening a new tourist season. The Transavia flight that took off from Charles de Gaulle Airport in Paris was, in fact, the discovery of a beautiful island for the French tourism market, which proves the dynamics […]

After two years of constant travel restrictions, we can finally return to the dream again. Travel lovers around the world are desperate to book a ticket to their next destination and start catching up. But which destinations are at the top of our list? Holiday, the British holiday rental search engine, has compiled a list […]

Thousands of Ukrainians and Russians remain in the resorts of Egypt – some cannot leave, others are waiting out the crisis and the war. How do they get along? The Internet is replete with descriptions of showdowns and mass fights between representatives of the two warring countries. Egyptian hotel personnel have a hard time – […]