March this year struck the Greeks with its abnormal weather events. On March 13, the air temperature in Athens (at noon) was + 2 ° C, and it was snowing the day before. Residents of the country are at a loss: “Where is everything heading?! What is happening with the weather?! Isn’t the end of the world coming?!” And yet, it seems that they have already managed to forget what happened in previous years.

March 1987 was remembered for snowfall and record low temperatures. July 1987 went down in history thanks to the intense heat. In March 2022, record low air temperatures were recorded.

Let’s delve into the past. Since 1987, we have not seen in Greece, or rather in Attica, blizzards in mid-March, low temperatures on Clean Monday and hiking trails – paths of pine caterpillars beaten by frost.

If you think that spring comes to Greece with the onset of March, and summer is not far away there, you are deeply mistaken. And last Thursday is a clear confirmation of this.

Folk wisdom says that “a hard winter is a hard summer” (“βαρύς χειμώνας – βαρύ καλοκαίρι”). Which was refuted in 1987. The cold winter was not marked by a cold summer. On the contrary, abnormal heat was recorded, writes ethnos.gr.

Records not yet broken

Let’s remember the history of the 87th year, starting in March. Polar air masses invaded northern Greece on March 3, 1987, and stayed there for almost 2 weeks. The minimum air temperature, according to the site ziakopoulos.blogspot.com, recorded at this particular level in Elliniko was -4°C. The forecasts made by EMY on 26-2-1987 for the weather on March 3, 1987 were not confirmed. On March 1, the last Sunday before Clean Monday, the forecast reported a sharp change in the weather on Tuesday. But in vain!

The next day, March 2, the forecast predicted bad weather, but no special bulletin was issued. The weather in Attica was spring, and nothing foreshadowed what would happen in the future.

The next day, March 3, the weather began to deteriorate in northwestern Greece from early morning. The development of bad weather proceeded at a rapid pace. By evening, cold air masses reached central Greece, and snow had already fallen in the north of the country, including Thessaloniki. On the night of March 4, a snowstorm broke out on Lemnos, gusts of north wind on the island reached 8 points on the Beaufort scale. During March 4, the snow rapidly descended from the north to the south of Greece and reached the Elliniko region by noon. On March 5, snow fell in the south of the Aegean, for the first time in March! 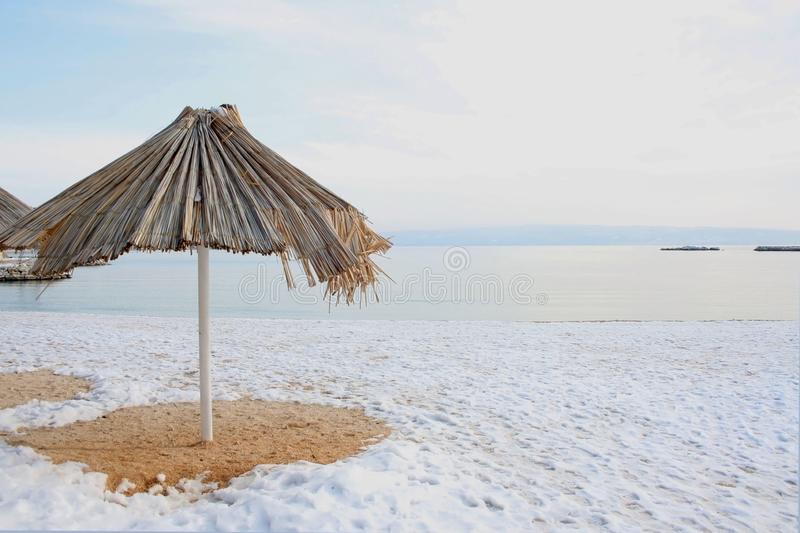 In Athens, during two weeks of militant bad weather, it snowed 8 times (!), The heaviest snowfall was recorded on March 9th. On a Greek scale, the storm was extremely extreme due to its very long duration and intensity. In Thessaly and Evia, the depth of the snow cover in the lowlands reached one meter and remained on the ground for several days. Record low temperatures for this month were recorded in most parts of the country for the entire period of record keeping.

According to ziakopoulos.blogspot.com, records were set even for the number of days with frosts: Kozani (9), Florina (8), Larisa, Trikala, Kimi (6), Tanagra, Tripoli (5). Note also that New Philadelphia had an average maximum temperature in March 1987 of 11.6°C (normal standard average 15.4°C) and an average minimum temperature of 3.3°C (normal standard average 6.7 °C). In Thessaloniki and Larissa, the average maximum temperature recorded in March 1987 and the normal values ​​are respectively 9.7°C (14.1°C) and 9.1°C (14.7°C).

In Crete, March 1987 was also extremely cold. From the 3rd to the 12th there were successive snowfalls. From time to time, mainly on March 7 and 8, snow reached the northern coast of the island. Short-term snowfalls were also observed in the cities of Heraklion, Chania and Rethymno.

After a vicious winter, a deadly, with abnormal heat, summer has come.

A heat wave that claimed the lives of thousands of people

The temperature for 8 days reached +44! The walls of the buildings and the asphalt heated up so much that the Athenians joked: “You can fry the eggs”, and for the first time they did not cool down even at night.

Abnormal air temperatures, combined with high humidity, created a suffocating atmosphere of the tropics, becoming unbearable for residents of large urban centers. It was then that in Greece they thought about the fact that it would be nice to equip rooms and apartments with air conditioners. Since the previously used and very common fans, instead of letting them “breathe”, on the contrary, exacerbated the situation, and the heat became literally deadly!

The apartments turned into a stove where the townspeople “roasted”. Hundreds of elderly people have passed away. The death toll soon exceeded 1,000… The morgues were overcrowded, and in many cases the help of army units was required. Hundreds of the dead remained unburied due to lack of space in cemeteries…

After a long seven-day heat wave with an air temperature of +44°C, a long-awaited coolness came to the country. The heat wave, which reached our country from Africa, left after almost 15 days, leaving thousands of dead in its wake. Historian Georgios Melanitis writes that more than 3,500 people died (2,500 of them in Athens). And Dimitris Ziakopoulos, in his book Weather: A Child of the Earth and the Sun, mentions that 4,000 people died in total!

So, we survived a pandemic that lasted two years or more, with quarantines and wearing a mask, we saw deadly fires that reduced thousands of hectares of forest to ashes and left dozens of people in ashes, and we also witnessed how the snow covers Attiki Odos, leaving in trapped thousands of citizens…

We see and live (fortunately) away from war. Fuel prices are racing like Ben Hur’s horses, and winter is still baring its teeth, despite being almost mid-March. So do not be surprised if abnormal heat will cover us in the summer. Get ready.