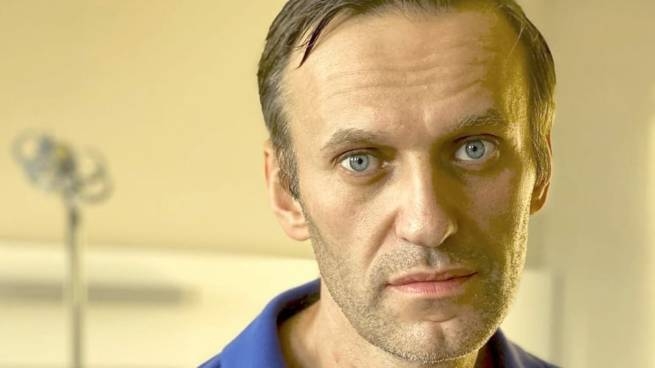 The return of Alexei Navalny to solitary confinement has caused concern in the US, and the US government is demanding his release. The US government is stepping up joint efforts with supporters of the de facto Russian opposition leader around the world, his colleagues and relatives, in connection with Navalny’s solitary confinement, Ned Price, a […]

Vlad Buryak, the son of a high-ranking Zaporozhye official, was detained by Russian soldiers three months ago, in early April, when he was leaving his native Melitopol in the direction of Zaporozhye. In prison dungeons, a minor teenager spent a long 90 days. The Washington Post tells how and why he was detained, and how […]

A trial in Athens today sentenced eight people to prison terms found guilty of contributing to the deaths of 25 people during flash floods that flooded the city. mandra in Attica in November 2017. ATAll sentences were suspended pending appeal. The court sentenced seven former local government and public sector officials to prison terms of […]

The Thessaloniki Mixed Jury sentenced a 39-year-old former convicted of murder and re-charged with rape of women to 20 years in prison. As soon as he got out of jail last March, he raped a total of three women while posing as a police officer. According to grtimes, the man was serving a prison sentence […]

Opponent parents who do not send their children to school will be punished with up to 2 years in prison and fines, the Greek Education Ministry said in an amendment submitted to Parliament late Tuesday evening. The harsh measure was chosen because parents and guardians who oppose vaccination of children against Covid-19 and measures to […]

They severely beat in prison the suspect in the murder of the roommate Monica Gius, whose body was found cemented in the courtyard of the house where the couple used to live. According to Greek media reports, a brutal attack on a Romanian prisoner who was arrested a few weeks ago took place in Nafplion […]

Dimitris Koufodinas, the staff killer of the now defunct terrorist group on November 17, petitioned for release for the first time. On September 19, he will serve 19 years in prison and will be allowed to initiate proceedings in accordance with the provisions of the criminal code. The request will be forwarded to the appropriate […]