Metropolitan of Thebes and Levadia of the Greek Orthodox Church George (Mandzuranis) said yesterday that testing tests in churches could lead to conflicts. The hierarch of the EOC said that temples cannot become a place of tension and confrontation, which is inevitable if checks of covid documents begin. informs Оrthodoxia.info. In his sermon, Metropolitan George […]

On Saturday night, 12/06, unknown persons turned the chapel of Agios Mandilios in Nigrit (Serres) into a bar. On Sunday morning, the deputy mayor of the municipality’s Office of Civil Protection and Cleaning was alerted to the incident and arrived at the scene of the vandalism. The picture of the party caused outrage: jars and […]

Panagia Kakaviotissa is perhaps the only church in the world without a roof. It is located on the beautiful island of Lemnos in the Aegean Sea and was built by the Athonite monks for the icon of the Virgin Mary “The Eternal Rose”. Panagia and Kakaviotissa, as the church was named after Mount Kakavo on […]

The Holy Synod will demand from the government the unhindered presence of believers at the services on Holy Week. The work of the Holy Synod of the Greek Church, which began yesterday morning via teleconference, is considered extremely important due to the measures to protect against the spread of the coronavirus. However, distancing causes some […] 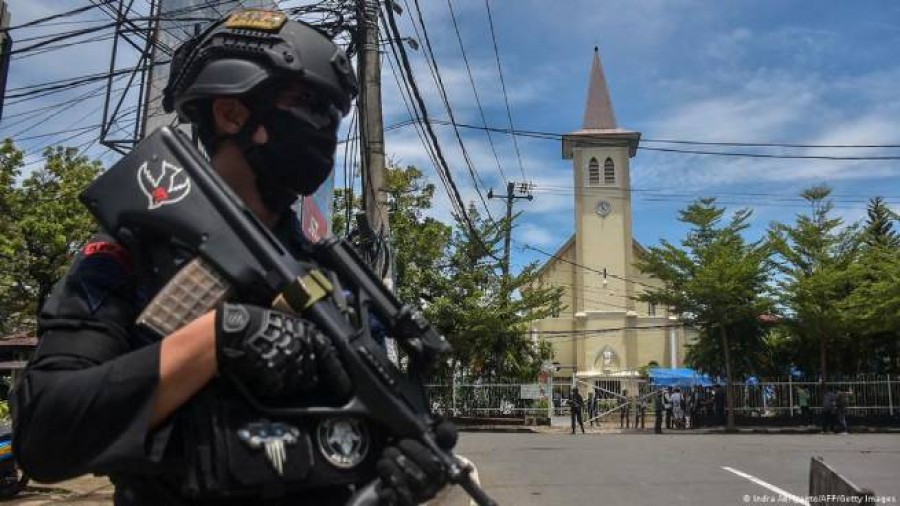 As a result of the actions of a suicide bomber in the Indonesian city of Makassar, who blew himself up near a Catholic church, 14 people were injured. According to local police, the suicide bomber himself was the victim of the attack, Reuters reported. According to the initial information, there was only one perpetrator. However, […]