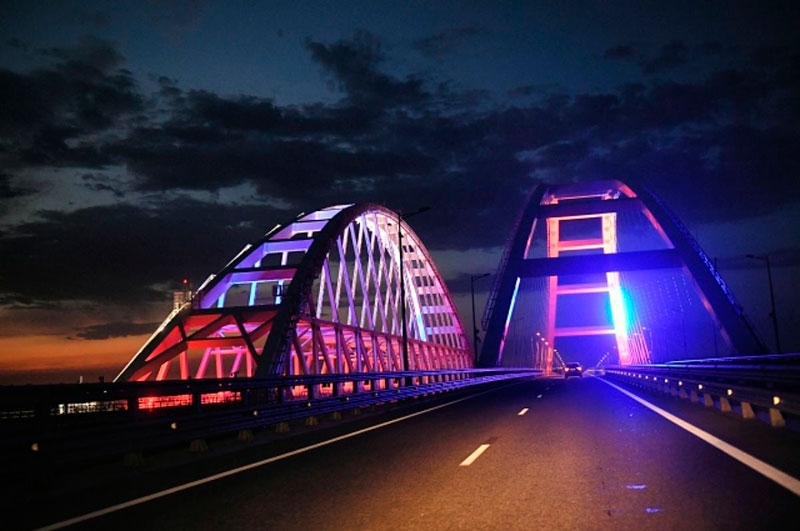 And although long queues of cars formed at the entrance to the Kerch Bridge, which was damaged after the explosion on Saturday, traffic along the strip has already returned to normal, despite minor damage to the flooring at the junction of the sections, Russian media report.

Russia stated that vehicular traffic had been partially restored, and Russian divers examined the damage caused by a powerful explosion on Crimean bridge. Deputy Prime Minister of Russia Marat Kushnulin reported that the divers had begun work in the morning. It is expected that a detailed inspection of the waterways will be completed by the end of the day, so that work on the second lane can also begin tomorrow.

“The situation is manageable – unpleasant, but not fatal “told reporters Crimean Governor Sergei Aksyonov. “Of course, this caused emotions and there is a healthy desire for revenge.“.

Both the railway and the road on the bridge were closed for several hours, but now the traffic is normal. In fact, despite the impressive images of the burning train, the railway bridge, which carries the heaviest and most important cargo, was practically not damaged. On the second line there is a normal movement of trains.

Russia last night not only restored (partially) the movement of equipment, but also lit it up last night with the colors of the national flag (blue, white and red).

As the Ministry of Transport reported at 19:24, the first test train after the explosion on the railway track was successful. At 22:34, TASS on Telegram published a video of passenger train No. 28 crossing the bridge.

Train number 8 from Sevastopol to St. Petersburg left at 17:15. It will also follow the Crimean bridge. In addition, Grand Service Express resumed selling tickets for trains to Crimea and back with departure on October 9.

//This is how the Crimean bridge looks now through the eyes of train passengers and car drivers//…. pic.twitter.com/bNsnEhGO5i

The Art of War: