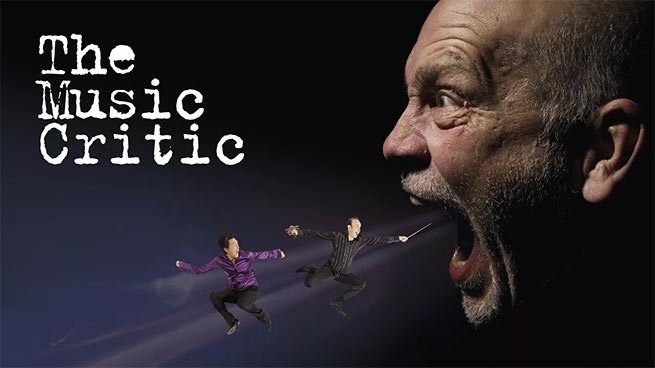 Shortly before his arrival in Greece to participate in the play “The Music Critic”, the great actor John Malkovich sent a video greeting to the Greek public.

“Hello. I’m John Malkovich, I just want to say hello and say that we’ll see you at the show “The Music Critic” in Athens on October 5 and 6. See you there,” says the famous actor.

Project “Musical critic” is the concept and work of the famous violinist, composer, producer and actor Alexei Igudesman.

Schumann “just imagines himself a composer”, Brahms is “a bastard without musical charisma” and Debussy is “just ugly”.

Alexei Igudesman, with amazing skill, creates a sardonic mixture of the worst and rather unexpected music reviews of recent centuries, written by the world’s most famous music critics, about some of the greatest works of world music. John Malkovich plays the role of a vicious critic who finds the music of Beethoven, Chopin, Prokofiev and many others simply boring and dull.

The evening closes with “Torture of Malkovich,” a terrible review that was once written about him…

The play is presented with Greek subtitles. One performance will take place in Thessaloniki October 10 at Megaro Music. The exact date of the performance in Athens is still unknown, except for the venue – the Theater of Irodio Attica.