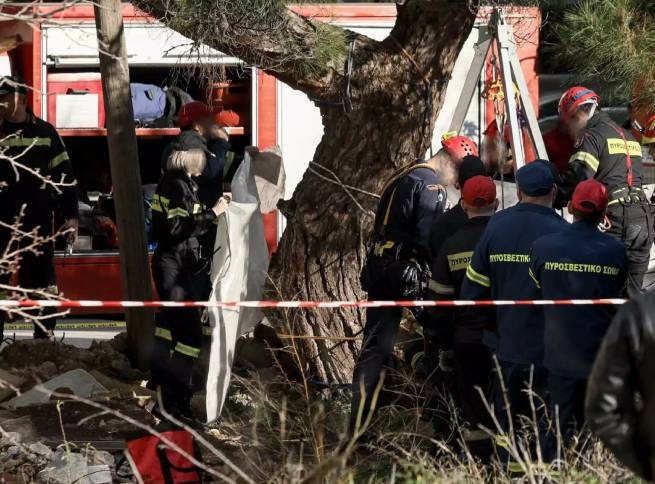 Climbing Mount Falakros turned into a tragedy: one participant died, another was seriously injured, the rest of the athletes were in a state of shock.

It is characteristic that Theodoros Athanasiadis, the mayor of the district to which the village of Pyrgos belongs, from where the participants of the climbing race started, describes in newsit.gr: “it was a shock for us all.”

“On Saturday, August 20 at 19:00, the start of the cross-country race was given from the Towers of the Prosotsanas municipality, which are located at the foot of the Falakros mountain. The competition was initiated by the Nevrokopi hiking and mountaineering club. The total distance is 36 km. 56 athletes took part in the race. They had to overcome 18 kilometers, and then return (plus another 18 kilometers of the way back). These are athletes from all over Greece, incl. from Drama.

On the way back at 3 o’clock in the morning bad weather broke out. Lightning struck a group of 4 athletes (3 men and a woman). One person lost consciousness, another person was in a serious condition, the third athlete tried to help them, and the fourth from the group, who was also from the village of Pyrgos, did not seem to be injured, but was in a state of shock.”

Amazingly, a few minutes after the lightning strike, one woman who was in that fateful group received a call from her husband. “Coincidentally, shortly after they were struck by lightning, the girl’s husband called and heard that his wife was in a panic. Therefore, they were all immediately warned, and a group of people went to the mountains to find and rescue the victims.”

According to the latest information, a helicopter had to be called (it was nearing morning). The dead and the wounded were taken to the hospital.

According to Mr. Athanasiadis, the girl, who is “well, although now she has panic attacks, was brought to the village.

A member of the organizers of the mountain endurance race told newsit.gr: “The competition started with good weather conditions, and somewhere in the night the situation changed dramatically and the weather deteriorated significantly. We still don’t know how it all happened… It’s just amazing what happened at night. Apparently, the man was struck by lightning. It took the most difficult large-scale operation to rescue the remote survivors. We still don’t know much about how it all happened.”

Video from the venue where the competition took place:

PS It is strange that the organizers did not look at the weather forecast, because only the lazy did not hear about rains and thunderstorms these days. And the organizers should have foreseen such questions. Apparently hoped for a chance.