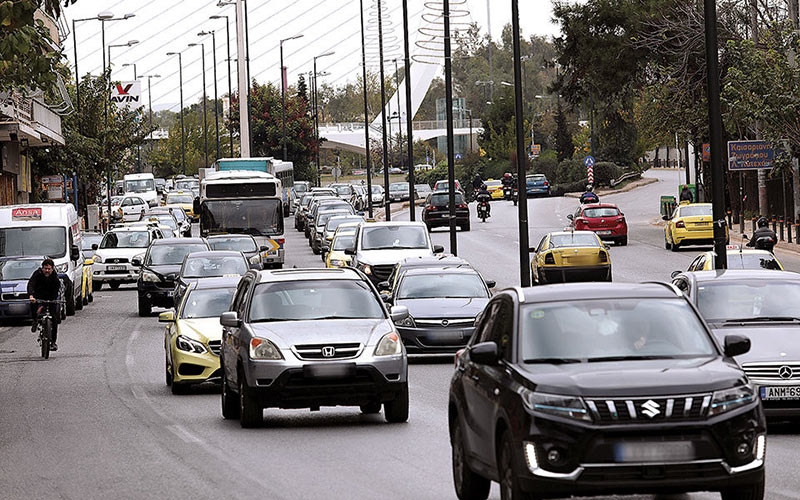 The impact of fuel prices on the Athenian roads, which have suddenly become a little more … free, is quite obvious. Traffic jams are gradually giving way to freer roads, although this does not mean that getting around the capital has become easy. Experts even compare the current situation to a period of economic recession […]

In Thessaloniki, a bus driver decided to teach a passenger the rules of decency, choosing no language when discussing her appearance. The incident took place on Monday, July 11, on city bus route 19. The driver’s anger caused a bra on a young girl, which, in general, is justified in such heat. But, writes ThessToday.gr, […]

In September or a little later, the Greek capital’s public transport fleet will be replenished with the first hydrogen bus. Earlier, a few months ago, the inhabitants of Athens were able to appreciate the merits of the first electric buses. And very soon there will be hydrogen. As Stefanos Agiasoglu, CEO of ΟΣΥ, told the […]

The proposal to reduce the price of public transport tickets to 9 euros, as is practiced in Germany, was made by Nikos Pappas, head of the infrastructure and transport department of Κ.Ο. του ΣΥΡΙΖΑ-Προοδευτική Συμμαχία. He made a similar statement during his speech at a joint meeting of the committees for European affairs and production […]

A serious shortage of personnel and logistics infrastructure is recorded in the public transport of Attica. Waiting for a train for about 8 minutes, rolling stock without air conditioning and other inconveniences now seem to have become commonplace for citizens and metro employees. Despite promises of a radical renewal of the bus and train fleet, […]

Tomorrow, April 6, there will be changes in the work of public transport in connection with the strike of its workers: buses will not work in the morning and evening, the metro and tram stop for 24 hours. Tomorrow’s strike has been declared by ΓΣΕΕ and ΑΔΕΔΥ. Metro, trams and HSAP S-Bahn, trolleybuses and suburban […]

Athens Public Transport Authority – OASA has developed an action plan for the situation that may arise in the event of an increase in sick leaves due to the coronavirus. OASA fears a rapid rise in the number of coronavirus cases caused by the Omicron variant, as officials believe many employees may take sick leave. […]

Operators said Thursday that public transport in Athens will stop operating earlier than usual on New Year’s Eve. Trolleybuses and regular buses will start returning to their depots after 22:00, that is, there will be no flights after 23:00. Trains on metro line 1 will depart for the last time from Piraeus to Kifissia at […]

Every Friday and Saturday, there will be extended opening hours for public transport lines – metro and tram. From Friday, December 3, Metro lines 2 and 3 will operate until 01:30, and the tram until 01:46. Metro routes Especially for metro lines 2 and 3: the last train departure from Syntagma station in all directions […]

Italians who decide to use public transport without being vaccinated or testing negative for Covid-19 will pay a fine of up to 1,000 euros. The implementation of a tough measure against the spread of coronavirus begins on December 6. The decision was made by the Italian government yesterday, Monday evening. The punishment for failure to […]

Passengers-“spies” will travel in public transport from September. Their job will be to register complaints and problems that passengers face during their daily commute, and to verify that the coronavirus protection measures are being followed. The first passengers – “spies”, according to the STAR channel, will appear tomorrow in the public transport of Athens, and […]