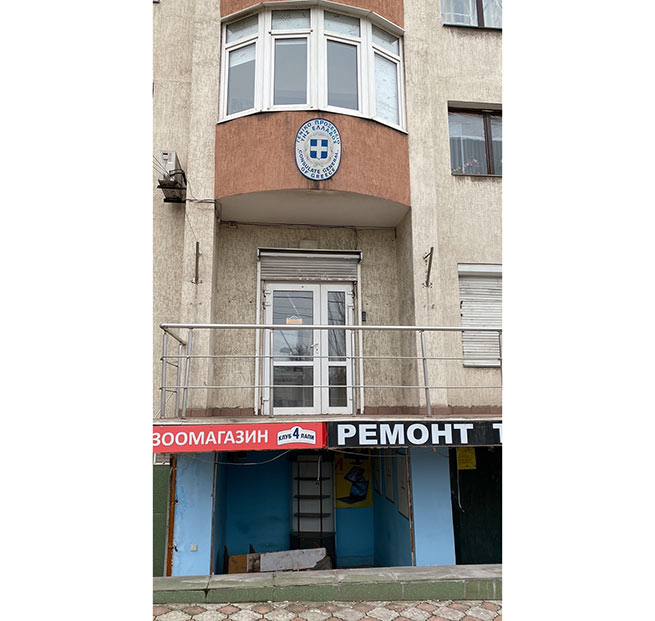 “The war in Ukraine, in addition to the victims it left here and there, also left the Greeks in the Donbas region and Mariupol defenseless and alone,” writes the own correspondent of the Greek edition Ieidisis (“News”) Spyros Sideris.

“Without any help and communication, they are trying closely and with the help of the Greeks of Russia from Moscow, Sochi, Crimea to survive in an almost completely destroyed city. Mariupol and Sartana are the first topic in the Greek media reports at the beginning of the invasion, but once the cameras turned off and the atmosphere became heavy, they were forgotten, say the Greeks living in the area. So far, they have not received a single phone call from anyone from the Greek state to ask if they have any needs, if they need help. Most of them are Greek citizens with Greek passports and have returned after fleeing to different countries to rebuild their hometowns and villages.

But besides their legitimate and just complaints, the most shocking fact is that the advertised (Ministry of Foreign Affairs of Greece and the media at the beginning of the war. Editor’s note) consulate of Mariupol with a “heroic” consul who took out Greek journalists, but not the Greeks of the region, not lockedand inside there is a woman, the only one I saw, because she did not let us in.

“Another curious and at the same time outrageous thing was,” writes Sideris, “that the door was not locked, and there were two sticks behind the door handle so that no one could get inside. Was the last consul of Mariupol (Manolis Androulakis) awarded for “heroism”? did not lock and seal the consulate? Did he leave any of the staff to guard the building? Did the consul pick up the equipment for issuing Schengen visas or is it there? Did you destroy secret documents? Did you ensure the integrity of the building? – the journalist is interested, noting that he has not yet received an answer from the Ministry of Foreign Affairs to these questions.

“What did happen with the evacuation of the consulate? A lot was heard from the Greeks of Mariupol, and it would be a shame for Greece, if this is true,” a Greek journalist writes. The sign above the Greek consulate in Mariupol is still hanging, as is the medal on the chest of the “heroic” consul “”, Spyros Sideris remarked caustically. 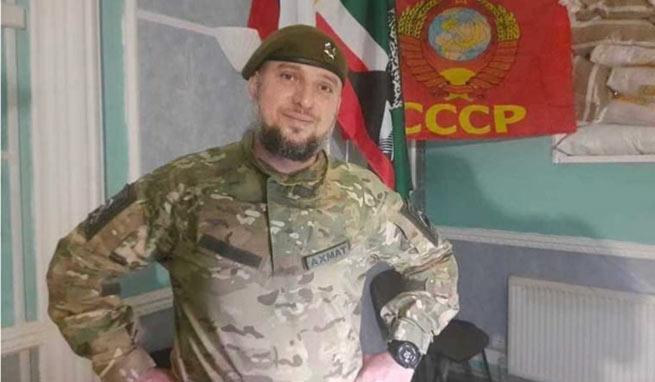 Journalist informedthat the building of the consulate was guarded by fighters from the Chechen detachment “Akhmat” for more than a month so that it would not be plundered. Sideris spoke with the fighters of the detachment commander Apta Alaudinov.

“Alaudinov was born in Gorny (Chechnya) and is a Muslim by religion, studied law and worked as a prosecutor until 2001, well versed in monotheistic religions. He is the right hand of Ramzan Kadyrov, the leader of the Chechen Republic. Having survived the war hard, Alauddinov lost his father and older brother in battles with the separatist detachments of Dzhokhar Dudayev in the mid-1990s during the first Chechen war and entered politics, taking key positions in the Chechen Republic.

A lover of discipline and especially military discipline, he assumed command of the armed forces in the Luhansk region, where, on his instructions, large areas were “liberated”, as we were told, from Ukrainian troops. On the ruins left by the Ukrainian troops near Severodonetsk, we met the fighters of the Akhmat detachment, and the soldiers’ adoration for their general was already evident at the mention of Alaudinov’s name. While the perception has been that the Akhmat unit has a guerrilla structure and is a Muslim extremist machine, in fact we have seen that it is a multi-ethnic and inter-religious unit that fights in accordance with international rules of war, respects the civilian population and focuses exclusively on military objectivesStrange as it may sound or look, the coexistence between soldiers of different religious faiths is harmonious, dispelling the tales of a holy war of Muslims killing Christians that pervade much of the Western media.

“In addition, in the cars of the Akhmat detachment, in addition to the photo of Akhmat Kadyrov, where it says “Akhmat-Strength”, there is also a Cross with “ΑΡΧΩ” from the religious symbol A-Ω, which symbolizes that God is the Most High, the beginning and the end.

There are also Greeks in the Akhmat detachment. “In this detachment, as we were told, several hundred are fighting, and the Greek “Grek”, the right hand of Alaudinov, is specially mentioned,” Sideris noted. The Greeks of “Akhmat” also guarded Greek journalists. published and video of terrible destruction in Mariupol, Sartan, Severodonetsk and other cities of Donbass, entrance doors with inscriptions “Help, there are children here”.

PS Spyros Sideris bitterly reported that, as it became known to him, he also turned out to be the object of surveillance by ΕΥΠ, as well as other journalists, according to data published by Documentonews. The reason, apparently, was his truthful reporting from the Donbass and criticism of the authorities.