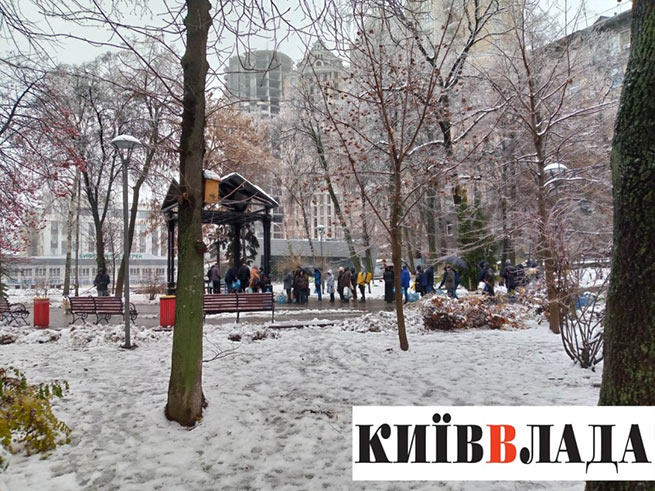 A lot of photos and videos of massive power outages that befell Ukraine after new Russian missile strikes on energy facilities have appeared on the network.

However, none of them reflects the extent of the destruction better than satellite picturesmade NASAshowing that Ukraine was literally plunged into darkness for most of the time on Wednesday (23/11).

The destruction of the energy infrastructure after the missile strikes led to the automatic disconnection of three Ukrainian nuclear power plants from the national grid and even caused blackouts in neighboring Moldovawhose energy system is dependent on Ukraine.

Meanwhile, as a result of fierce shelling, at least 10 people were killed and dozens were injured. According to the Prosecutor General of Ukraine Andriy Kostin, eight “energy facilities” suffered from Russian strikes. Russian sources at the same time specify that the death of civilians was associated with Ukrainian air defense missiles.

The Ukrainian Energy Ministry said that by Thursday morning, all three nuclear facilities were back online. However, the attacks left millions of people without electricity, water and heating for several hours or days, and the temperature outside drops below zero. Crowds of people take to the snow-covered streets to draw drinking water from the taps.

“Strike in the Heart” videowhere surgeons from one of the Kyiv hospitals perform an open-heart operation on a child using hand lamps and a generator.

The evening satellite image of Europe shows that the difference between Ukraine and other countries is as noticeable as possible. The once bustling cities have turned into a black spot on the map.

It’s neither a map nor is it real. Do you not bother doing the most basic of fact checking before you tweet your gibberish to 200,000 people? https://t.co/dCIbF8ckgN

In fact, using NASA’s satellite tool, one can compare how Ukraine looked from space the night before the Russian invasion on February 24, and how it looks today – 10 months later – after the last missile attack.

Here are night light images for Jan 27, Feb 27, Oct 1 and Nov 23. It’s dark since the invasion, but not completely. (Source: NASA Worldview) pic.twitter.com/TzOrbJLNWw

70% of Kyiv without electricity

70% of houses in Kyiv today, Thursday (24/11), do not have access to electricity. There is also no heating, and water supply, which, although it works, causes problems in some areas of the capital. This was announced by the military administration of the city, emphasizing that the emergency teams are actively working to eliminate the damage.

Residents of Kyiv now remember with gratitude the former mayor Omelchenko for hundreds of pump rooms with drinking water.

Ukraine’s energy system is on the verge of collapse, and millions of people have suffered power outages for weeks due to systematic Russian bombing. The World Health Organization has warned of “life-threatening” consequences and estimated that millions of people could be displaced from their homes as a result of the war. 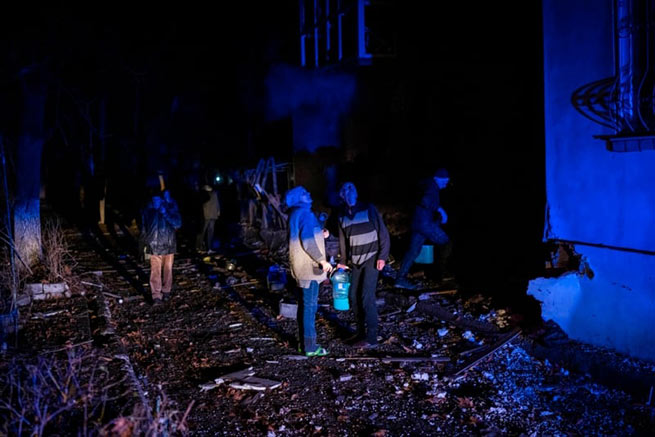 The Ukrainian military has accused Russian forces of firing about 70 cruise missiles at targets across the country on Wednesday and deploying offensive drones. Moscow’s attack on Ukrainian energy facilities is the latest strategic move by Putin, who hopes to force the country to capitulate after nearly 10 months of war in which Russian forces have failed to hit most of their declared territorial targets, Zelenskiy’s administration said.

Since the beginning of the invasion on February 24, WHO has recorded 703 attacks on Ukrainian healthcare infrastructure. Russian forces are accused of committing numerous war crimes. On November 24, the European Parliament adopted a decision, submitted at the initiative of the Baltic countries and the Czech Republic, on the recognition of Russia as a country sponsor of terrorism.

It is worth noting that the Armed Forces of Ukraine, for their part, are also actively shelling Donetsk, which is not controlled by Kyiv, which is located in the zone of destruction of missiles of the American Hymars complex and long-range artillery. UAF strikes in the city have killed at least 400 civilians over the past 10 months.