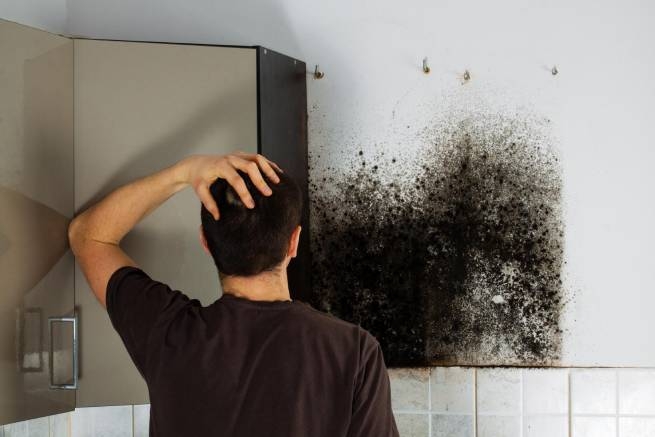 The presence of mold in the house for a long time can not be suspected. And she, meanwhile, causes great harm to health, causing intractable diseases.

The mold that appeared in the apartment can be safely called the worst enemy – invisible microorganisms lead to serious diseases, from allergies to bronchial asthma. And curing them can be very difficult.

The main thing that these micro-pests need is a violation of the climatic regime. They feel comfortable in a humid environment, actively multiplying and more and more actively influencing the organisms of the inhabitants of the house. mold spores, explains immunologist-allergist Vladimir Bolibok, if ingested, they can cause severe consequences.

According to the German newspaper Die Welt, in recent years, residents of Germany have faced this problem. Against the backdrop of a general rise in prices, they began to save on heating, lowering the temperature in the house and disrupting the usual microclimate. The consequences did not slow down with their appearance – mold began to grow actively in the houses.

The expert notes that the smallest invisible spores “flutter” around the apartment and enter the body through the respiratory tract – both during the day and during night sleep. There has been an increase in visits to the doctor for rhinitis (inflammation of the nasal mucosa) and more serious problems. The doctor draws attention to the fact that it is impossible to get rid of the fungus, which begins to grow on various organs, with the help of antibiotics.

In Greece, this problem is very relevant. A few months ago our publication wrote about the complaint received from Mykonos. A seasonal worker who came to work noted “small rooms with mold and cockroaches.” And this, unfortunately, is not an isolated case.

Experts say that the main thing in the fight against fungal mold is to ensure constant air circulation in places where it has already appeared. As a first aid, they recommend treating areas where small specks of fungus have appeared with table vinegar or hydrogen peroxide. However, the best method is to prevent the appearance of such a health-threatening mold in the house, it is quite difficult to deal with it after the appearance.

Methods for treating a surface affected by mold:

Try different options, look for the best. But still (to be honest), it is unlikely that you will be able to get rid of the fungus once and for all. If mold has appeared once, it is prone to reappearance. Several surface treatment options from experts: