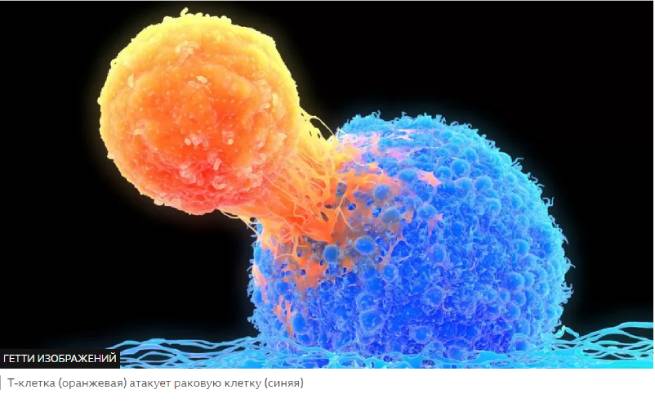 New study: “This is a step forward in the development of personalized cancer treatment.”

Although only 16 patients took part in the new pilot study, its results were a real “breakthrough” in the approach to the fight against incurable cancer. Experts called the work a “leap forward” and a “powerful” demonstration of the potential of such technology.

In patients with incurable cancer, the immune system has been rebuilt to fight their own tumors. At the same time, an individual treatment program was developed for each patient, aimed at specific “vulnerable” areas of his tumor.

The work of scientists tells air force, was focused on a part of the immune system called T cells, patrolling the body and checking other cells for problems. They use proteins called receptors to effectively detect signs of infection or deviant cells that have become cancerous. T cells often find it difficult to detect cancer. A virus, for example, is too distinctly different from normal cells and is easily recognizable. Cancer is more invisible, as it is our own cells, but a “corrupted” version.

The idea behind the innovative therapy is to increase the levels of these cancer-determining T cells. At the same time, they must be adapted to a particular patient, since each tumor is unique. The process went like this:

It should be noted that converting T cells into a cancer-hunting form requires significant genetic manipulation to both remove the genetic instructions for making their old receptors and give them the instructions for new ones.

This is made possible by unprecedented advances in Crispr’s gene-editing technology, which acts like a pair of molecular scissors, allowing scientists to easily manipulate DNA. In 2020, the researchers who developed Crispr got Nobel Prize in Chemistry.

The study involved patients with breast, colon and lung cancer, their disease did not respond to other treatments. The study was designed to test the feasibility of the new technology and demonstrated that the modified cells infiltrate the tumor.

The results showed that in 11 patients the disease continued to worsen, but in the remaining five it stabilized. Undoubtedly, larger studies will be required to determine the correct dose. One of the researchers at the University of California at Los Angeles, Dr. Anthony Ribas, who tested the approach developed by Pact Pharma, noted:

“This is a step forward in the development of personalized cancer treatment.”

The results obtained were presented at a meeting of the Society for Cancer Immunotherapy and at the same time published in the journal Nature. Dr. Manel Juan, Head of the Immunology Service at the Clinical Hospital in Barcelona, ​​stated that this was an “extraordinary work” and “undoubtedly one of the most advanced in the field. She opens the door to use this personalized [подхода] in many types of cancer and possibly in many other diseases.”

And Professor Wasim Qasim, who created lifesaving designer immune systems at Great Ormond Street Hospital, stressed that it was “a powerful early demonstration of what could be possible with new technologies.”

However, it will take time and funding for further research, which is nonetheless encouraging. Dr Astero Klumpatsa of the Institute for Cancer Research in London called the study “important” but warned that the “time, labor and costs” were “enormous”. To fully evaluate the effectiveness of therapy is too early, it is quite expensive and time consuming.