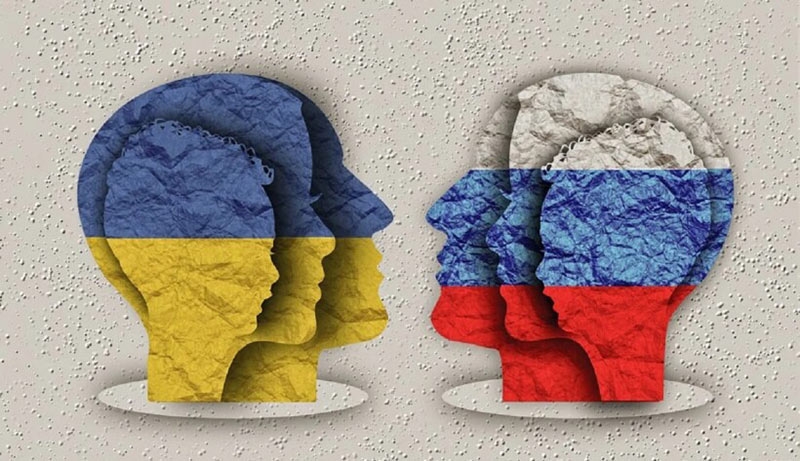 In the West, the agenda is changing – there are more and more supporters of a peaceful settlement of the Ukrainian-Russian conflict (as opposed to the thesis “war to the last Ukrainian” in the first months of hostilities), and Ukraine itself and its support from the United States and EU begin to criticize in the world media.

In Europe the situation is similar. French President Emmanuel Macron is convinced that the moment will come when Russia and Ukraine will need to return to the negotiating table. “We want a return to peace. It is up to Ukraine to determine the conditions and time when it wants to return to the negotiating table. But at a certain moment it will have to be done. It is premature to talk about any radical conditions now, but I am personally convinced that at some point it will be necessary to return to the negotiations,” Macron said.
He is echoed by the new head of the Italian Foreign Ministry Antonio Tajani, emphasizing that it is necessary to seek negotiations and agreements between Putin and Zelensky. Erdogan did not stand aside either, saying that German Chancellor Scholz had changed his position on Russia and was now in favor of finding common positions with her. Erdogan claims that a month ago Scholz had a different attitude towards Russia, but now he believes that “we need to look for common positions.”

By the way, in Germany, for negotiations in the Ukrainian-Russian conflict, Evangelical Church. Thus, in her Reformation Day sermon, Annette Kurschus, chairman of the board of the German Evangelical Church, called for ceasefire negotiations: “The alternative to a just peace should not be endless war. War should never replace politics.”

Along with the supporters of peace in the West, the number of those who are “tired” of the confrontation between Kyiv and Moscow, or who objectively look at the state of affairs, is also growing. Moreover, the media are even preparing the “ground” for a new, critical view of Ukraine and its government. So NBC News, as if “accidentally”, recalls “summer” disorder relations between Zelensky and Biden, launching the message of “ungrateful Ukraine”.

But The National Interest, analyzing the support by the States of Ukraine, and completely notes that it carries a large number of risks and costs. The publication writes that politicians talk about the two most important interests of Washington, which are associated with its participation in the current crisis – the prevention of further Russian “aggression” in Europe and the protection of Ukrainian “democracy”. But these interests “do not stand up to scrutiny.”

Moscow’s decision to challenge the US NATO allies looks unlikely, because there is no need and no benefit in doing so. And Ukrainian democracy raises questions, because the country has such problems as corruption, limited freedom of the press and violation of laws. As you can see, the agenda has changed.