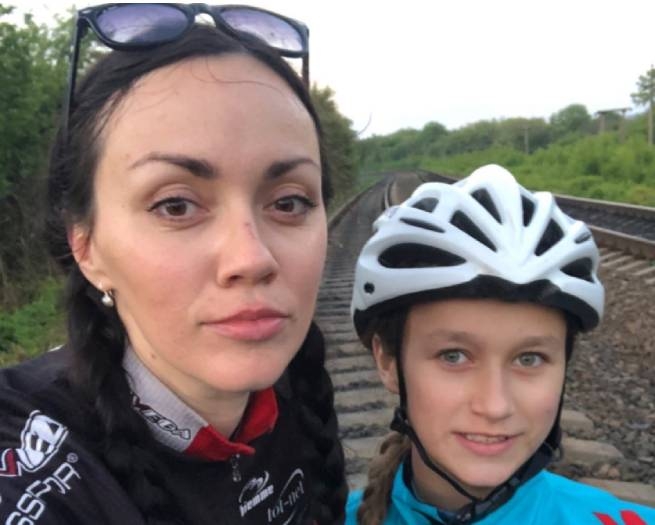 “Unaccompanied children” – this term is familiar to many who tried to save their children from the war and used every opportunity to leave Ukraine: they sent them accompanied by relatives, acquaintances, or even completely alone.

The expediency of such a decision, against the backdrop of Russia’s full-scale invasion of Ukraine, no one questioned – this is salvation. However, later many faced the problem of how to return the child to their homeland. The fact is that in many European countries the law prescribes the appointment of a guardian for “unaccompanied children” who will take care of the child. What if in the future the legal representative of a minor abroad will be against his return to Ukraine? What should parents do in this situation? Here is just one of many such cases.

Karina Voronova fought in an Italian court for the right to take her daughter from Sicily. 13-year-old Ksenia went there at the beginning of the war with her own grandmother, who had official permission from her parents in her hands – a general assignment. But the state authorities of Sicily did not recognize the Ukrainian documents and registered the girl as an “unaccompanied child.”

The grandmother was recognized as an outsider, and the teenage girl was appointed a legal representative in Sicily, settling in a monastery. Unaccompanied by the nuns who took care of the child, Karina could not leave the gates of the community. Meanwhile, the girl’s official representative called the Ukrainian documents untrustworthy and went to court demanding that they be recognized as such after verification. Pay attention: as unreliable, he called the instructions certified by a notary and certificates from the Consulate General of Ukraine! The mother who came for the girl had to go to court to appeal the decision and reunite with her own daughter. Xenia’s mother says:

“All this time we tried to prove that grandmother is a grandmother! We collected all possible documents for social services, but nothing helped. The court recognized me as a mother, but by court decision, I could only be with Ksenia in this church institution, and together we would go out it was impossible from there. There was no question of leaving the country. All this was done, so to speak, for the good of the child, in order to protect Xenia. But from whom? From his own mother? “.

Having spent all the money she had on a lawyer, Karina, in desperation, wrote letters to all instances – to the President of Ukraine, to the Ministry of Reintegration, to the consulate, to popular bloggers with a request to disseminate information. She was helped, she was supported by both Ukrainians and Italians. Now she is sure that if it were not for the wide publicity, she would not have been able to return her daughter:

“I was also able to publicize what happened in Sicily, almost reached the mayor of the city. If it weren’t for this publicity, I think Xenia would not have been released.”

These are the ups and downs of just one Ukrainian family. Karina talks about similar situations:

“During the three weeks that I fought for my daughter, I heard many stories about how Ukrainian guardians, directors of small orphanages, family homes, who left Bucha, Irpen, for example, where there were hostilities, were removed. These children cannot be returned to Ukraine, they are not allowed out of Italy. Children who were brought for treatment, injured and brought to Italy without parents, also found themselves in this situation, separated from their families.”

This situation is extremely traumatic for the child in the first place. And it’s hard to imagine what parents separated from their children are going through. Many sent children with volunteers, not being able to leave Ukraine. Abroad, a completely stranger could be appointed as the guardian of the child, as, for example, happened with Ksenia. Why did European laws designed to protect children as much as possible turned out to be so cruel to them?

At the round table of the European Council on Refugees and Exiles (ECRE) and the United Nations Refugee Agency (UNHCR), held in Brussels, human rights activists and representatives of EU government authorities discussed the forced displacement of Ukrainians and the problems of protection children who crossed the border unaccompanied by adults responsible for them, or accompanied by an outsider.

Advocacy coordinator of the charitable foundation “Right to Protection” Ukrainian human rights activist Tetyana Luzan during her speech noted that the roots of the problem lie precisely in the lack of a clear definition of the concept of “unaccompanied children” – both in Ukraine and in EU. Therefore, there is no single approach for all EU member states, which could be adopted by Ukrainian legislation.

For example, there is a definition in the EU Temporary Protection Directive of who “unaccompanied minors” are. We translate this term as “unaccompanied children”. But recently, the EU Commission released a document (Q&A), containing only recommendations for EU member states, which introduces the concept of “separated child” (a child separated from parents or legal representatives) and combines these two categories. Luzan draws attention to the fact that the second concept is taken from the commentary of the UN Committee on Children, which is only advisory in nature, with a slightly different definition. The advocate notes:

“The EU Commission is transforming this definition by combining the two categories into one, and now it actually covers both children who crossed the border on their own (i.e. unaccompanied children themselves) and those who did this with people authorized by their parents! This is why there are cases when, despite the fact that the child crossed the border with an authorized person, he is appointed a legal representative in the host country.

Although the definition of “unaccompanied children” is contained in the EU Temporary Protection Directive, it appears to be subject to varying interpretations in Member States. The same is true in Ukraine. Moreover, the disagreement in approaches to crossing the border in the EU countries and Ukraine causes inconvenience in wartime, causes misunderstandings and conflicts of the parties, from which the child himself suffers first of all.

The Ukrainian Civil Code determines that “a person who has reached the age of 16 has the right to free independent travel outside Ukraine” (Article 313). But in the legislation of the EU countries, only persons who have reached the age of 18 have the right to independently cross the border. Thus, 16-year-olds who left Ukraine on a legal basis fall into a kind of “buffer zone”: they cannot cross the border of another state without their parents or are allowed to cross and are recognized as unaccompanied children with appropriate consequences. At the same time, 16-year-old Ukrainians crossing the border without parents are denied temporary protection and turned back to Ukraine.

What about those children who are already considered unaccompanied children? Let us recall the case of Xenia and her mother. The situation itself seems absurd: the child was legally taken away from the parents and not given back, preventing family reunification. In the end, thanks to publicity and the intervention of many authorities, the mother was still given permission to take her daughter and leave the country. But do all such cases end happily ever after? Can such situations be prevented? Human rights activists say yes. Tatiana Luzan says:

“We emphasize that, firstly, Ukrainian children are not refugees until they receive such official status. Accordingly, they are recipients of temporary protection. This protection, in fact, is granted automatically to a certain extent. Secondly, this means that they have the right to return to Ukraine. In addition, under any circumstances, family reunification should be a priority.”

The inconsistencies between the approaches of the EU Member States should only be overcome by adopting legislation at the EU level and amending, in particular, the EU Temporary Protection Directive. The discrepancies between Ukraine and the European Union must be overcome by joining the efforts of the EU and state authorities. A well-defined regulatory document could resolve a number of issues related to children crossing the border for certain reasons – on their own or with legal representatives appointed in Ukraine.

The human rights activist emphasizes that problems with the return of little Ukrainians to their parents in their native country are already arising. There will be even more after the end of the war. Families have the right to be reunited. And this applies not only to the forcibly taken Ukrainian children to the Russian Federation and the occupied territories, but also to the whole world.

What if you find yourself in a similar situation? First of all, you need to contact the Ukrainian Consulate in the country where you are, as well as human rights organizations. Secondly, as Karina advises, go to court and try to challenge his decision. The main thing is to remain calm and not try to put pressure on the authorities of the country. This can only harm both you and your child.

When planning a trip abroad, you need to familiarize yourself with the legislation of the country where you plan to send a child with a relative. You also need to make sure that all documents are drawn up clearly according to the requirements of the law and do not contain errors. Find out in advance where the representative office of Ukraine is located, find its contacts. Still, the best option, if possible, is to send the child with one of the parents. This will avoid the appointment of a guardian and any problems associated with it.

For Ukrainians abroad and within Ukraine, there is a free line of legal assistance from the Right to Protection Charitable Foundation:

phone call to numbers (free of charge within Ukraine, abroad – according to the tariffs of your mobile operator):