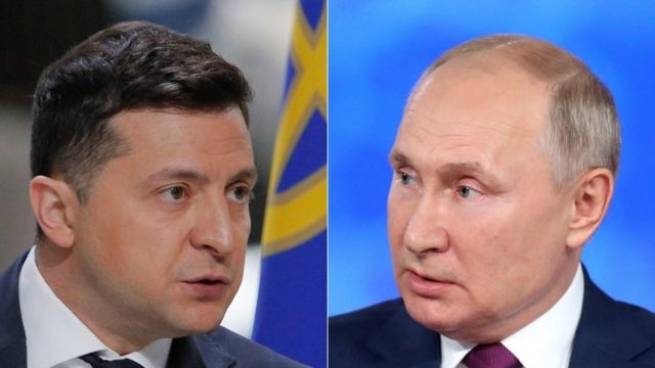 The call of the President of Ukraine Volodymyr Zelensky to declare his openness for negotiations with the head of the Russian Federation Vladimir Putin was made by the administration of Joe Biden in private.

According to WP, citing senior sources, the US is asking Zelensky to refrain from publicly denying the peace talks as long as Putin is in power. This does not mean that the United States wants to bring the heads of the two warring powers to the negotiating table. The main purpose of the call is “to provide support to countries whose citizens may worry about the prospect of war for years to come.” The publication writes:

“While US officials share their Ukrainian counterparts’ assessment that Putin is not taking talks seriously now, they acknowledge that Zelensky’s ban on negotiations with him has created unrest in parts of Europe, Africa and Latin America, where the war’s devastating impact on the availability and cost of food and fuel is felt most acutely.”

During a trip to Kyiv this Friday, White House national security adviser Jake Sullivan said the United States stands for a just and lasting peace for Ukraine, and US support will continue regardless of domestic politics. “We are fully committed to ensuring that the necessary resources are in place and getting votes from both sides to make this happen,” he said during the briefing.

In the US, polls show Republicans are less supportive of continued funding for the Ukrainian military at current levels, and the White House could face resistance after Tuesday’s midterm elections as it seeks to continue its security assistance program.

The desire for a potential resolution to the war has intensified as Ukrainian troops retake occupied territories and move closer to areas that Putin values, writes The Washington Post. They start with Crimea, which Russia illegally annexed in 2014, and include cities along the Sea of ​​Azov that now provide it with a “land bridge” to the Ukrainian peninsula. Zelensky promised to fight “for every inch of Ukrainian territory.”