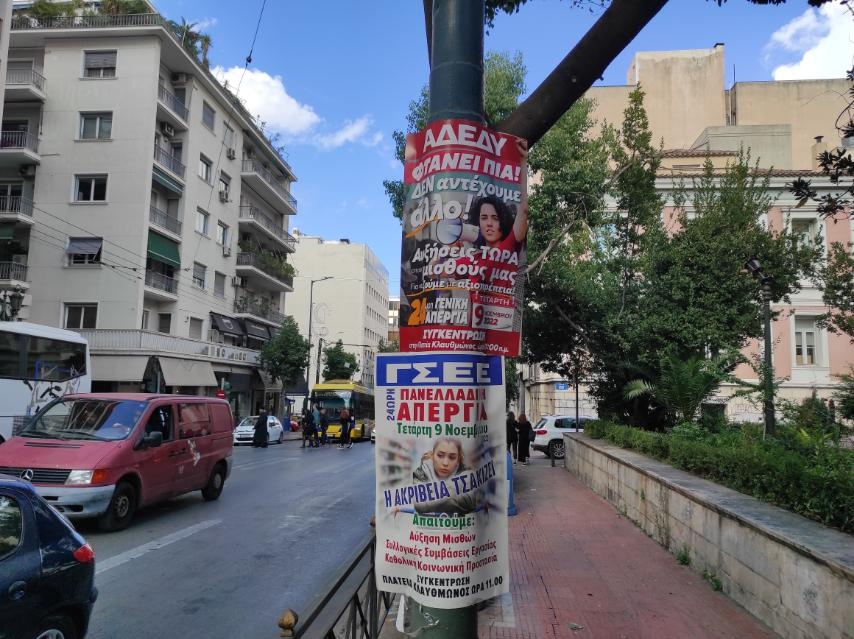 Decision to suspend work and participate in the meeting ΓΣΕΕ adopted the trade unions of urban public transport workers. The trade union of taxi drivers also decided to join.

In particular, the leadership of STA.SY issued a corresponding announcement: “After meetings of the boards of directors of our trade unions, a decision was made to participate in a 24-hour pan-Greek strike, announced by ΓΣΕΕ, with breaks in work from the beginning of the shift at 8:00 to its end at 22:00. The economic consequences of a series of crises, combined with the rapid rise in energy prices, and inflation have led to the fact that workers, employees are experiencing problems. More than ever, meaningful decisions are needed to keep the working class afloat. Electric train drivers STA.SY., as an integral part of the same society, we put forward the following requirements:

A protest rally will take place at 11:00 am at Klafmonos Square.”

As for buses and trolleybuses, they will also stop their work on November 9th. At the same time, the taxi trade union ΣΑΤΑ also decided to take part in the strike. As stated in the relevant message: “All issues on the agenda were discussed and decided:

1. Immediately request financial support measures to solve the problem of increasing fuel prices, rising prices for everything that affects the cost of operating a taxi. In particular, direct financial assistance in the amount of 300 euros per car per month as long as the energy crisis lasts. Reducing VAT from 0.7 euro/l to 0.5 euro/l and reducing the VAT rate from 13% to 6%.

2. Demand the improvement of passenger transport legislation and the repeal of any provision that directly or indirectly allows the EIX to operate as public transport (owned by Ε.Δ.Χ Ταξί).

With regard to P.NO, the organization will take part in the 24-hour general strike ΓΣΕΕ with the participation of crews of all categories of ships from 00:01 Wednesday 9 November to 00:00 Thursday 10 November.