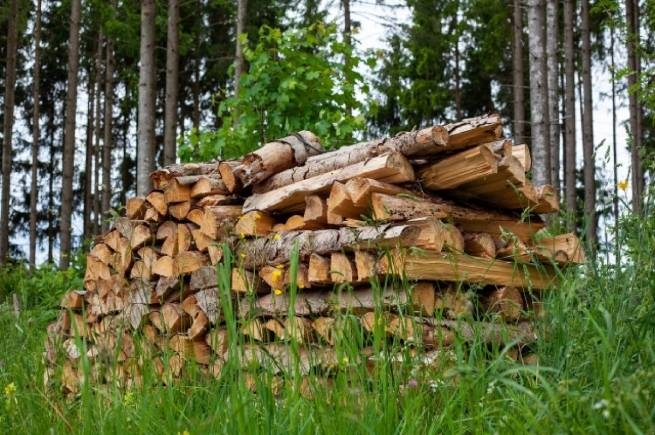 The cold weather is approaching, and as the energy crisis unfolds in the European Union, its inhabitants are looking to the world’s oldest fuel.

Due to the shortage of gas, the demand for firewood is growing rapidly, writes Bloomberg. They are confidently becoming a popular commodity, because approximately 70% of European heating comes from natural gas and electricity, and supplies from Russia have declined sharply. The cost of “firewood” is also growing. In France, for example, prices per ton of wood pellets have almost doubled to 600 euros. Meanwhile, Hungary has banned the export of pallets, and Romania has introduced restrictions for 6 months on the cost of firewood. Nick Snell, chief executive of British firewood wholesaler Certainly Wood, says:

“We’re back to the old days when people didn’t heat the whole house. They would sit around the fire, use the heat from the stove or open fire, and go to bed. There will be a lot more of that this winter.”

The main problem for many Europeans is the intention to make their home warm in the coming months in any way. The Swedish Environmental Protection Agency has expressed concern that people can burn anything they can get their hands on in stoves and fireplaces. They warn of high levels of pollution when people burn wood, but do not know how to do it correctly. The agency warns that particulate matter can enter deep into the lungs and cause strokes, heart attacks, and asthma. The risk is especially high in urban areas.

Employees of the national association of chimney sweeps in Germany also faced the inexperience of the population. They’ve been getting a lot of orders lately for connecting new and old stoves, and customers are asking about… burning horse manure and other non-standard fuels.

Seen in EU and signs of excessive firewood buying. A French company that manufactures chimneys and woodfuel, for example, noted that it writes “European Truth”that some customers buy two tons of wood pellets, although usually less than one ton is enough to heat a house for a year.

Members of the European Union on Thursday approved a Council regulation on “emergency intervention to address high energy prices.” The EC told the Commonwealth member countries that they must further reduce gas consumption in order to survive the winter and proposed several measures to reduce the price of blue fuel.

At the same time, as our publication reported, EU leaders did not find way out of the energy crisisreports the German state television channel Das Erste, commenting on the summit of the European Political Community held in Prague:

“No decision has yet been made on the issue of the gas price limit: various models must be tested before the next meeting. Somewhere it must surely be – a clarification.