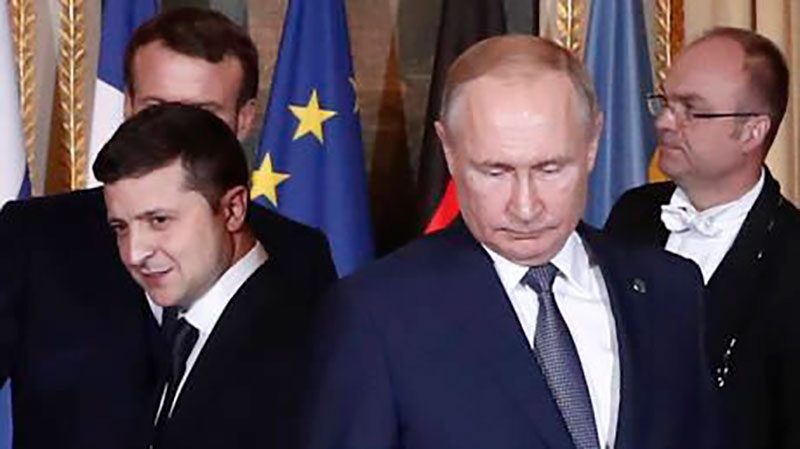 There is a possibility that Vladimir Putin and Vladimir Zelensky will meet next month in Bali in November for the G20 summit, Indonesian Ambassador to the UAE Husin Bagis said in an interview with an Emirati newspaper The National.

If this is true, the channel notes “Russian Today” (banned in Greece) in Telegramwhich published the news, the summit will be the first event in which both leaders will take part since the start of Russia’s military operation in Ukraine.

The Indonesian diplomat, however, acknowledged that “the situation is not easy because of the war between Ukraine and Russia,” and said his government was already making plans to arrange a visit for the two leaders.

“Separate hotels”
“We decide which hotels to put them in – one for Mr. Putin, the other for Mr. Zelensky,” he said.

“Indonesia is different from other countries,” he said. “Everything is calm in my country.”

Neither the Ukrainian nor the Russian Foreign Ministry responded to requests from The National to confirm or deny the plans of the two leaders to attend a meeting in Bali on November 15 and 16, but later, a spokesman for Zelensky, in an interview with Ukrainian media, denied reports of his decision to attend the G20 summit.

The multilateral forum on the island is expected to bring together the leaders of the world’s 20 largest economies, as well as invited countries such as the United Arab Emirates and Ukraine.

“Ukraine is not a member of the G20, but nevertheless we invite it, as well as the UAE, because of our special relationship with the UAE,” the Indonesian ambassador said.

Peace will be high on the agenda, along with health, digital transformation and the transition to sustainable energy.

“We want to make the G20 a platform for peace, not conflict,” Husin Bagis said from his office in Abu Dhabi.