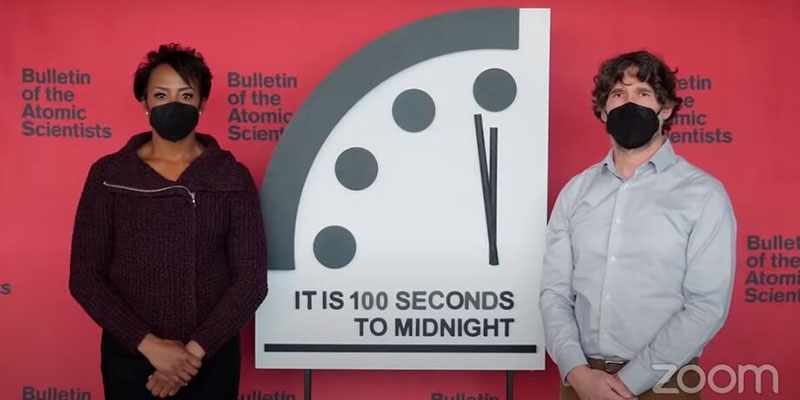 In 1947, the metaphorical doomsday clock, which measures the time until a possible nuclear catastrophe, first appeared on the cover of the American Bulletin of the Atomic Scientists magazine.

Since the launch of the project, time has been moved in one direction or another 24 times.

In 2018, the clock was moved due to testing by North Korea.

In 2020, the clock was moved forward another 20 seconds due to the termination of the Intermediate-Range Nuclear Forces Treaty (INF Treaty) between the United States and Russia.

They remain in this position to this day.

After the strike on the Crimean bridge, the time came to change the time again – 30 seconds before a nuclear war.