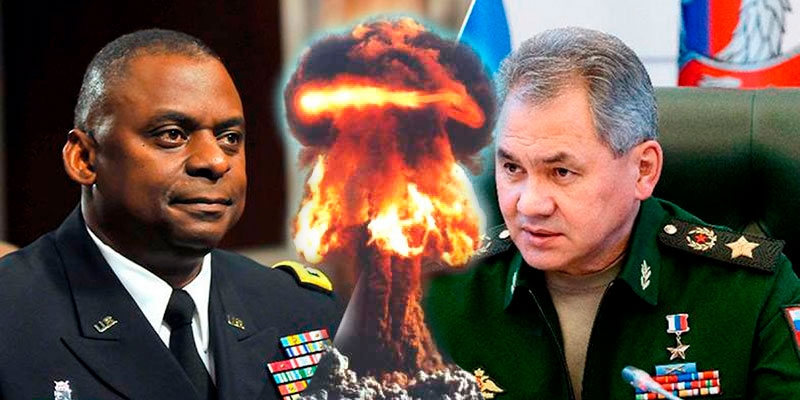 At the moment, there is serious concern about the possible use of tactical nuclear weapons by the Russian military in eastern Ukraine.

This is due to the fact that Russia warned in harsh tones that an attack on the territories annexed by Russia is an attack on Russian territory, and the capture of the city of Liman by the UAF was one of such events.

U.S. Defense Secretary Lloyd Austin said he contacted his Russian counterpart Sergei Shoigu “privately,” as he put it, to draw his attention to the threat of nuclear weapons, saying “don’t go down that path of irresponsible behavior,” without mentioning what Shoigu answered.

At the same time, Austin said in an interview that there is little he can do, and the use of nuclear weapons in Ukraine is Putin’s prerogative, and what decision he will make will be.

According to Russian sources, a massive tank attack on Kherson ended in defeat and heavy losses on the part of the Armed Forces of Ukraine, a significant part of the military equipment fell into the hands of Russian troops.

Russia is constantly building up its forces in eastern Ukraine.

A large number of Russian troops are being deployed to the area of ​​a special military operation in eastern Ukraine, sources say.

After the loss of the city of Liman, Russian troops are preparing “for a major operation in the ‘central’ sector of the front,” a Russian official said.

At the same time, as video recordings show, about 600 tanks and 1,200 infantry fighting vehicles from the Far East will arrive in the combat area in the near future for the operation in the western part of Donbass, and the first echelons have already begun to arrive in this area.

The operational center of the Ukrainian army in Artemovsk, Luhansk region, is under fire from Russian troops.

The NATO Secretary General, for his part, “celebrates” the liberation of Liman, pretending not to know that Russia is preparing for a counterattack.

According to him, the best way for the international community to resist the Russian annexation of four regions of Ukraine is to continue to support the Kiev government.