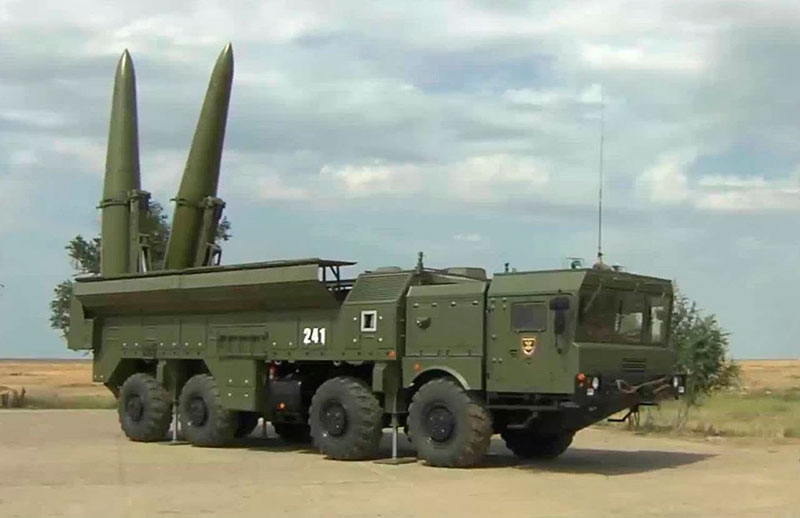 A video appeared on social networks showing how the Russian army is deploying a battalion of Iskander-M ballistic missiles in the direction of Kherson, where, as we reported earlier, the offensive of the Armed Forces of Ukraine began.

Everything points to the fact that the Russian strategy on the Ukrainian front is still well hidden, and no one knows what the next step will be, however, despite the local victories of the Ukrainian forces, Russia has enough “aces” in its pocket, which means that the parties have until the final victory one side or the other of the war has a long way to go.

The video shows the movement of an entire battalion of Iskander-M ballistic missiles towards Kherson.

Russian Iskander-m’s being transported to the Kherson region. pic.twitter.com/NtkWF65NTC

For the first time, a weapon system of strategic importance from the point of view of the tactical battlefield (up to 500 km from the launch point) was sent outside the Russian territory (on Tuesday a vote was held on the admission of Kherson and three other regions of Ukraine to the Russian Federation).

In addition, for the first time, Romania and Moldova fall into the coverage area of ​​Russian short-range ballistic missiles (BRMD). It is noted that this missile may have nuclear warheads.

The war is entering a new phase…