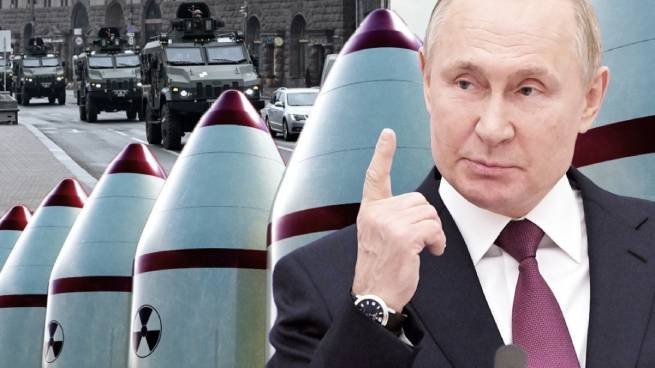 Russian Defense Minister Sergei Shoigu said today that the presidential decree on partial mobilization announced by Vladimir Putin provides for the recruitment of an additional 300,000 people to participate in the military operation in Ukraine.

This is an additional force, much larger than the original one, which began the operation in Ukraine on February 24, and is considered by the Kremlin to be sufficient to solve all military tasks.

The additional mobilization shows that Moscow will continue its operations in the Odessa-Kharkov direction, not only because of the size of the forces it will use, but also because two large Ukrainian cities are relatively close to Russian positions.

In an interview with Russian state television, Shoigu explained that students and conscripts would not be drafted, nor would most of Russia’s one million reservists be drafted.

Speaking to audiences on the Russian state television company Rossiya-24, Shoigu noted that the partial draft applies to men who have previously completed military training, but in any case they will undergo it before being sent to serve. He even stressed that Russia has the ability to conscript about 25 million people into the army, and a partial conscription concerns 1% of them, adding that Russia is fighting on Ukrainian territory not so much against Ukraine as against the West.

Speaking also about the losses of Russian troops, he said: “I cannot but say that we have not talked about this for a long time: about our losses. Our losses in the special operation amounted to 5937 people.”

Recall that The Russian President today announced the first conscription into the army in his country since World War II, warning the West that if it continues its “nuclear blackmail”, Moscow will respond with the might of its vast arsenal.

“If there is a threat to the territorial integrity of our country, we will use all available means to protect Russia and our people, this is not a bluff”– Putin emphasized in a televised address.

The decision on partial conscription paves the way for a massive escalation of the war in Ukraine. “In order to protect the Motherland, its sovereignty (…) I consider it necessary to support the decision of the General Staff of the Army on the partial call-up of reservists, those who have already served in the army (…) and have relevant experience“, Putin said. “Decree on partial conscription signed” and will come into force “today,” he explained.

The timing of the deployment of new forces in Ukraine is interesting. Perhaps some of them will be sent directly to Kharkiv and Kherson, where there is currently the most pressure, although Ukrainian counterattacks seem to have lost momentum.

Please note that Ukraine, according to Zelensky’s administration, has mobilized to date and uses in various positions about 1,500,000 people (including mercenaries from around the world). The level of their training cannot be called high (at least for most of them), but this allows Kyiv to “spend” reserves on territorial gains, even if they cost thousands of human lives.