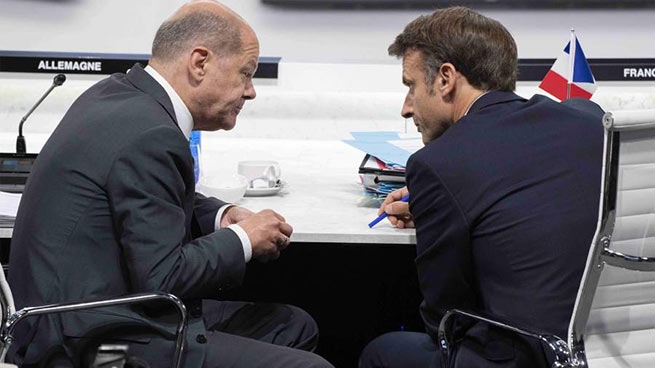 France and Germany imperceptibly created the so-called. “new EUand plan to integrate Turkey into it, while rejecting as irrelevant the reaction of the Greek government.

The “new European Union”, which may include Turkey, Ukraine, Georgia, Moldova and six Balkan countries in a simplified manner, will have a different structure and management principle: decisions will be taken by majority, not unanimously, as in the current European Union. What implications will this have for key issues that are directly related to the national interests of Greece and Cyprus?

On May 9, Emmanuel Macron proposed to the European Parliament to create a European Political Community (EPC). In this way, the EU will be linked to countries that have been promised membership but cannot actually get it. However, thanks to the intervention of Berlin, as well as the President of the European Council, Charles Michel, Turkey will also join the YPC.

The EaP Summit will take place on October 7 in Prague, simultaneously with the EU Extraordinary Summit (October 6 and 7), and the Czech Presidency will be responsible for contacts with the acceding members EPC.

Kyriakos Mitsotakis discussed the issue at a meeting with Emmanuel Macron in Paris and earlier with German Chancellor Olaf Scholz, but did not put up any specific resistance towards Turkey and YPC itself. In addition to Turkey, the creation of the EPC reduces the geopolitical value of Greece, since decisions regarding it will be made by the new organization, bypassing the “objections” that it can make … the older organization of the “old EU”.