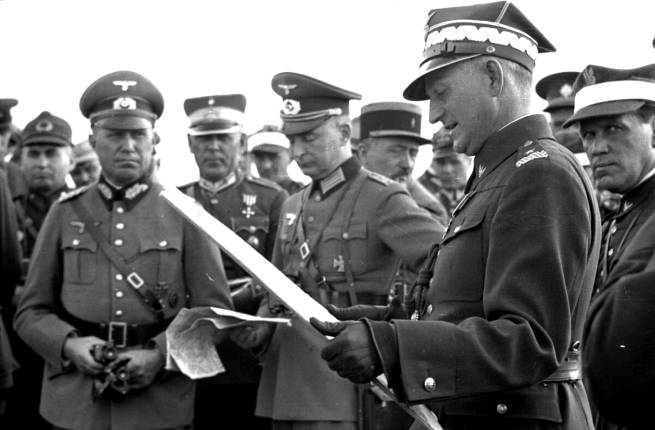 The resolution adopted by the Sejm of Poland calls on Germany to pay for the damage caused by the aggression of Nazi Germany. With a similar appeal, Poland plans to turn to the Russian Federation.

As he writes todayEUROPEAN TRUTH“, referring to the Polish edition PAPthe text of the resolution states:

“Poland has never renounced its claims against Germany. The Sejm of the Republic of Poland calls on the German government to recognize political, historical and financial responsibility for all the consequences of the outbreak of the Second World War.”

The draft resolutions were submitted by the ruling Law and Justice party, as well as by the Civic Platform and the Polish Peasants’ Party. At the meeting of the committee, the project of the party in power was taken as a basis, to which additions and amendments were made. One of them replaced the term “reparations” with “compensation”. The text recalls the crimes of Nazi Germany against Poland and emphasizes that the country never received proper compensation, and never refused it. The Polish deputies declared:

“Statements that the claims against Germany were removed by legal means or limited in time have no moral or legal grounds. The Sejm of the Republic of Poland states that Poland has not yet received adequate financial compensation and compensation for the material and non-material damage caused to the Polish state during World War II, as a result of the aggression of the Union of Soviet Socialist Republics. These losses need to be identified and the necessary assessment presented, which will be the basis for taking appropriate measures against the Russian Federation.”

The deputies note that they are planning a similar step in relation to Russia, as the legal successor of the Soviet Union. They claim that Poland has not yet received adequate compensation for the damage caused by the Soviet invasion.

The ruling Law and Justice party raised the issue of compensation on the next anniversary of the attack of Nazi Germany on Poland. More than 50% of Poles believe that Germany still owes Poland reparations for World War II.