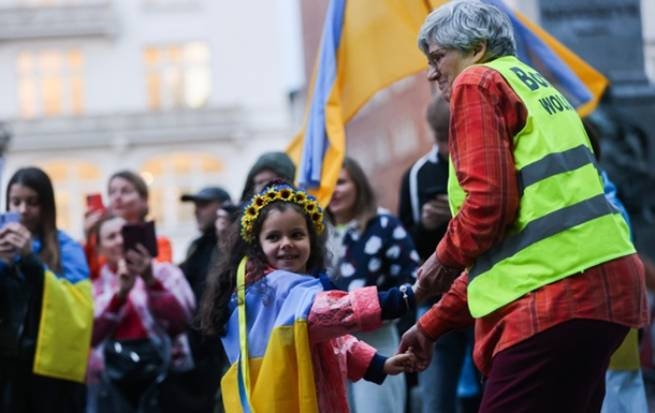 Eurostat reported that Ukrainians have become less likely to seek asylum in EUalthough the war in their country is still ongoing.

Data from the European Bureau of Statistics show that citizens of Ukraine fleeing war are less likely to seek temporary protection in Europe. Schengenvisainfo.com. The Office notes that the most significant decline in the rates in Italy – in July, 12,170 fewer people applied for refugee status than in June. Spain (4190), Denmark (3330), Romania (2965), Hungary (2855), Poland (2835) show the same decrease.

Most of the beneficiaries of temporary protection are women, including minor girls. Most of them were registered in Poland – 37,590 people. Poland is followed by: Italy – 7905, Romania – 4060, Bulgaria – 3800, Spain – 3540. More than 50% of requests for temporary protection status came from boys under the age of 18, with more of them granted in Italy and Malta.

Recall that our publication wrote that from the end of August, citizens of Ukraine will begin to recognize tax residents European countries where they fled from the war. This means that by continuing to work remotely in Ukrainian companies, people will be forced to pay a double tax. And this doesn’t just apply to remote workers. Those who receive transfers to bank cards or spend unreasonably much in a European country will also come to the attention of European fiscals. That is, Ukrainians risk falling under indirect control of spending – in the near future and without warning.

Ukraine plans to apply to the European Union with a request to save Ukrainian refugees from double taxation by applying the so-called “covid precedent”. The Ministry of Economy will ask the EU to make an exception for citizens who fled the war to Europe, who are now threatened with recognition as tax residents in their host countries and, accordingly, double taxation.

One of the options for solving the problem is the application of a “covid precedent” to Ukrainian refugees. With the onset of the coronavirus pandemic, when due to quarantine and cancellation of flights, many citizens were forced to find themselves outside their tax residence countries, the European Union applied an exception for them. By analogy with this precedent, the Ukrainian Ministry of Economy wants to resolve the problem that the refugees have.