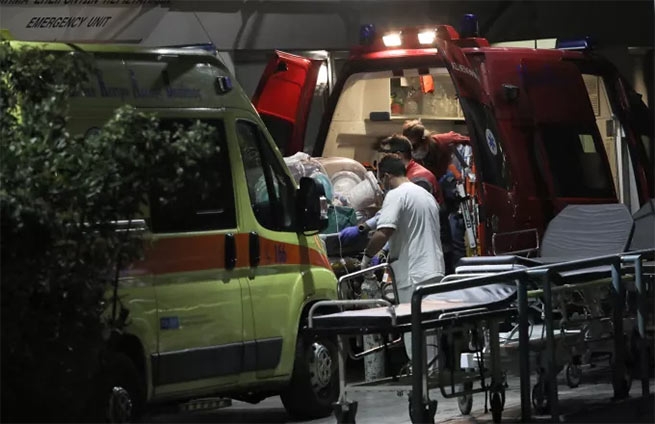 The 62-year-old man who doused his wife with gasoline and set her on fire in Komotini reported her extramarital affairs to the police in an attempt to justify his heinous act.

It all happened on Thursday (8/9) when the man returned home and, he claims, his wife said she had sex with another man. Mad with rage, he went to a gas station, bought gasoline, doused his 55-year-old wife and set her on fire. However, he then “regretted it”, put out the fire and called the injured medics. The woman was taken by ambulance to the emergency room of Komotini Hospital and the man was arrested.

Condition of the victim

Giorgos Patlakas, director of the pulmonology clinic at Sismanogio General Hospital Komotini, fully confirmed the incident and the severity of the burns, according to Xronos.gr.

“60% of burns are very severe,” he said and explained that they are 1st, 2nd and 3rd degree, depending on the part of the body and whether the victim was wearing clothes.

He also added: “The woman was treated at the Surgical Clinic and today I was informed that she was intubated […]. Transporting her to the burn center in Thessaloniki is problematic because she could be seriously injured. Hemodynamically unstable patient is very difficult to transport because of the long distance. Transfer is not possible at this time. We’ll see for the rest of the day. The condition worsened. The burns are quite severe.”

Arrest for endangering a child’s life

This is not the first time that a man “lit up” before the authorities. The couple has a disabled son. According to reports, the man was arrested at the end of August last year because he allegedly neglected his child, causing him to run away from home and end up wandering the streets in poor condition.

As local media reported at the time, the 15-year-old boy was spotted by police who saw him moving without a sense of direction down the street, risking being hit by passing cars. The boy was returned to his family, and his father, according to police, was arrested for endangering a minor.