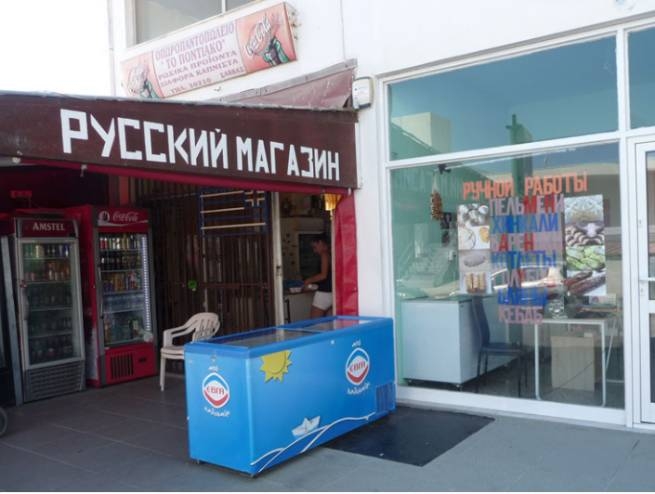 The main problem for stores selling Russian products in Greece was the delivery of goods. But the rise in price also played a role.

After the start of the war in Ukraine, supplies of products from the Russian Federation stopped, and they come with delays from the Baltic States and Germany. The number of buyers has also decreased, according to Georgios Miaoulis, the owner of the “Russian” store, in a conversation with RIA Novosti journalists.

He is a descendant of Admiral Andreas Miaoulis, a famous hero of the Greek struggle for independence. For several years he lived in Edinburgh, and then returned to Greece and opened a small shop “BR Foods” in the northern district of Athens, Chalandri. I chose the place well, not far from the Russian consulate, so there were many buyers – both employees of the institution and its visitors.

The supply situation is such that I have about 40% less goods than before. Products such as buckwheat are now shipped in bags from other countries and packaged in Greece. The company that transported cereals stopped traveling to Russia. I was told that, maybe, from September they will begin to carry again, or maybe not. Now there are many problems because companies cannot import goods from Russia. Most were transported through Latvia, now they have problems. I have five supplier companies. Now they do not carry anything from Russia. Dairy products for suppliers to Greece are now made by Poland. Previously, they were imported from Belarus, but they also stopped deliveries from there. Poland has been making sour cream and cottage cheese for many years. Some products were also brought from Ukraine. But they don’t buy Ukrainian from me. I can’t sell Ukrainian goods, many Russian buyers don’t want to take them. They take German products.

Miaulis noted that there were much fewer buyers:

80% less than Russians. And now there are no Ukrainians at all. There were not many of them, but there is no one from the Ukrainian embassy, ​​which is not far from here. The Ukrainians working in the area are cleaning ladies who have been living in Greece for many years, and they don’t come. I had about 50 regular customers, five people come. They don’t want to meet and see Russians in the store, they tell me.

Another owner of a store with a Russian assortment, writes GreekReporteralso indicates a decrease in buyers and an increase in other problems:

On themuch less than Russians now. We have buyers and Pontic Greeks, but there are much fewer Russians. Delivery delays are not so big, sometimes for several days. But shipping is very expensive. Previously, a truck cost 3,800 euros, now it’s 9,000, and it’s up to 10,000. Light has risen in price – you have to pay 4000 euros per month, before you paid 1300-1600 euros. In September the rates will go up. All goods have risen in price, prices have risen by an average of at least 35%. Buckwheat cost 1.3 euros per kilogram, now there are more expensive 4 euros per 800 grams. Sausages and meat products have risen in price. Salaries have remained the same, so people choose what to buy and what to refuse.