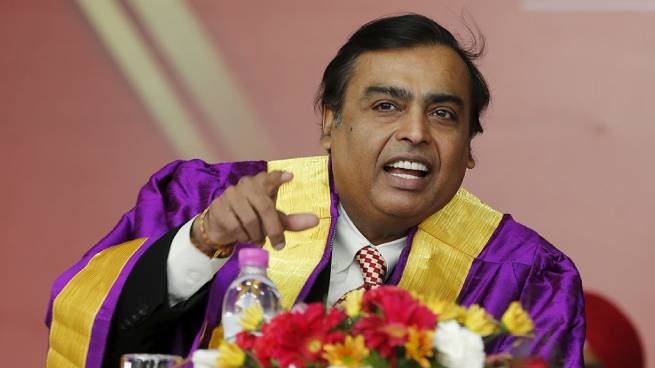 Forbes spoke about a secret deal to buy the most expensive mansion in Dubai. The buyer turned out to be

Mukesh Ambani, Indian billionaire, one of the top ten richest businessmen in the world. Ambani bought a luxurious 10-bedroom villa for his youngest son for $80 million, Bloomberg reported, citing two people familiar with the matter. It is located on Palm Jumeirah Island, on the shores of the Persian Gulf. The tree-shaped island offers luxury hotels, high-end high-rise buildings and upscale restaurants serving international cuisine.

According to one Bloomberg source, writes Forbes, Ambani-owned Reliance Industries bought the mansion in 2022 for the youngest son of billionaire Anant Ambani. The mansion has 10 bedrooms, indoor and outdoor pools, a private spa. The deal to acquire the villa was a secret. According to the source, the house is owned by one of the offshore structures of Reliance Industries, and the villa will be managed by the company’s top manager and long-time associate of Ambani Parimal Natwani. The new owner plans to spend “millions of dollars” on home security and improvements.

Ambani himself will remain in his luxurious residence Antilia – a 27-story skyscraper in Mumbai. It is equipped with parking for 168 cars, three helipads, nine elevators, a 50-seat cinema, and a huge ballroom.

It is worth noting that the richest businessman in India, Mukesh Ambani, with a fortune of $ 94.8 billion, occupies, according to Forbes, the eighth line in the ranking of the richest billionaires in the world.

In the spring, Bloomberg sources reported that the well-known Russian billionaire Roman Abramovich became interested in acquiring housing on the island of Palm Jumeirah. One of his private jets was spotted in Dubai, the agency wrote, citing the ADS-B Exchange portal. Then a representative of Abramovich assured Forbes that the businessman did not intend to buy a house in Dubai.