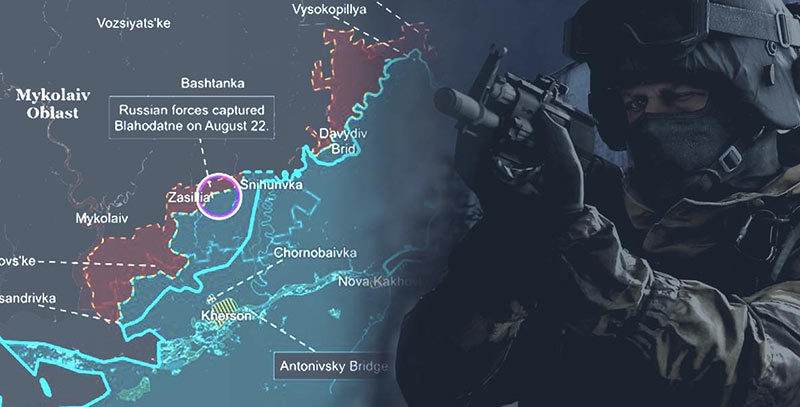 Despite the highly publicized Ukrainian “counteroffensive” on the Kherson front, created by Kyiv and the Western (as well as Greek) media, events developed in a completely opposite direction.

In particular, the Russians moved reinforcements, apparently from Mariupol and Donbass, to the line of contact in Nikolaev and in recent days have seriously advanced towards the Ukrainian city, capturing Blagodatnoe, which is only 35 km from Nikolaev.

The Russian army has quietly deprived the Ukrainian Armed Forces of any counterattack opportunity they had or thought they had, and are now on the offensive to get closer to Nikolaev, which is the main obstacle to Odessa.

The main reason why the Russian General Staff wants to capture the city in the near future is that the Armed Forces of Ukraine have placed Western weapons systems there to destroy targets in the Crimea.

#Russian forces made marginal gains along the #Mykolaiv–#Kherson line. (4/5) pic.twitter.com/ziVgzFBtrP

As for the Donbass, the operations are carried out by the armed forces of Lugansk and Donetsk, supported by powerful Russian artillery.

In Soledar (a suburb of Bakhmut), the Russians occupied the Knauf-Gypsum plant.

Their progress is slow, and the “withdrawal” of the Ukrainian defense line Bakhmut-Seversk is especially difficult, since Kyiv “invested” in this front the best that it has left in terms of personnel and weapons systems.

If this line of defense collapses, the road to Slavyansk-Kramatorsk and Gorlovka will be open, as there will not be enough units available to stop the Russian advance.

🔺
▪️ In the #Bakhmut (#Artemovsk) direction fighting continues:
➖In #soledar forces of the #LPR were able to occupy the site of a gypsum quarry near the Knauf-Gypsum enterprise. Clashes occurred in the area of ​​Zalevsky Street and the refractory materials plant.
2/7…🔻

⚡️⚔️ Donbass offensive #Ukraine at the end of August 22, 2022⚡️
by @rybar:
▪️ In the #Kharkov region are no significant changes on the frontline. RF troops have launched several missile attacks on #AFU facilities in Kharkov; artillery duels near the contact line.
1/7…🔻 pic.twitter.com/aW7TWe5gHM