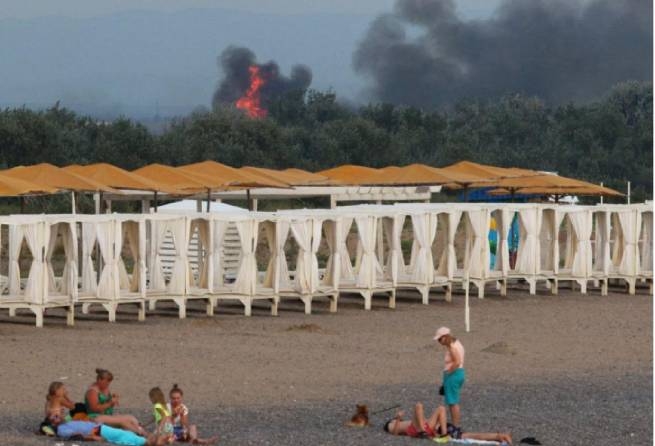 Washington has nothing against the use of weapons supplied to Kyiv for strikes on the Crimean peninsula – if the Armed Forces of Ukraine consider it necessary.

On August 19, reports Politicociting their sources. The question arose after a series of incidents at Crimean military installations, and the answer came from a senior US administration official:

“Any goal they [власти Украины] decide to pursue on sovereign Ukrainian soil is, by definition, self-defense. Of course, we don’t choose targets, and that’s it. [оружие]what we provided [Киеву]intended for self-defense purposes. But Crimea is Ukraine.”

Kurt Volcker, former US ambassador to NATO and special representative for Ukraine under the Trump administration, has a similar opinion:

“An attack on Russian forces in Crimea is no different from an attack on them in the Kyiv region, in Kherson or in eastern Ukraine.”

The discussion about the admissibility of the use of American weapons against facilities in Crimea was raised after a series of incidents at Russian military facilities on the annexed peninsula. The ninth of August in the territory airfield “Saki”, near the village of Novofedorovka, several military aircraft of the Russian Federation were destroyed at once. Versions ranged from “the detonation of several aviation munitions” (RF) to the successful actions of the Ukrainian special forces (USA).

A week later, on August 16, a new incident occurred – an ammunition depot and an electrical substation exploded near Dzhankoy in the north of the peninsula. Explosions that day also sounded near Simferopol, at a military airfield. A day ago, messages appeared on social networks about explosions in the regions of Sevastopol and Kerch.

At the same time, eyewitnesses noted the lack of work of Russian missile defense or air defense. However, it is worth recalling that back in March it was reported that the United States was ready to transfer kamikaze drones – guided homing missiles – to Ukraine. How and what actually happened may become known after the war. And perhaps it will remain a military secret, notes BB.LV.

The position of the Biden administration is not a change, but rather a confirmation of a long-standing policy. Despite a clear statement that Ukraine should not use American-made weapons to attack Russian territory, as the US fears provoking World War III, Washington does not recognize Moscow’s control over the forcibly seized Crimea.