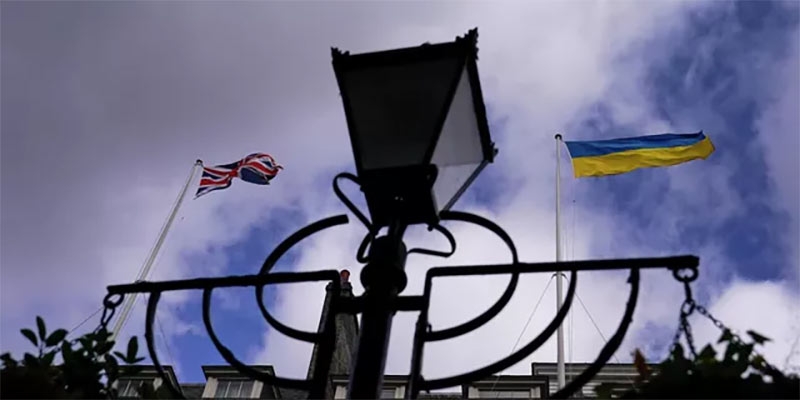 Dan Sabbagh, a writer for the British edition of The Guardian, reflects on how the special operation will develop in Ukraine in the near future.

According to him opinionthe intensity of the conflict is decreasing, but it will last at least another year, and winter will play into the hands of the Kremlin.

Six months have passed since the start of Russia’s special military operation in Ukraine, and here’s what to expect over the next six months.

1. The armed conflict is likely to last at least a year, but in fact it has reached a stalemate and its intensity is decreasing.
Although half a year of the armed conflict has already passed, neither Ukraine nor Russia is ready to stop hostilities, despite the losses they have suffered. Ukraine wants to return the occupied territories, and Russia wants to continue to cause significant damage not only to its enemy, but also to the West through him. The Kremlin believes that winter will play into its hands.

Negotiations between the two sides have not been held since evidence of massacres emerged in Bucha, Irpen and other settlements in Russian-occupied territories north of Kyiv. And the progress on the front line since the fall of Lisichansk at the end of June was minimal. Both sides are trying to keep up the momentum, and it is increasingly appearing that they are exhausted in the battles.

2. Ukraine lacks the means to launch an effective conventional counter-offensive, and the guerrilla raids are an optimistic attempt to hasten Russia’s collapse.

Ukraine would like to retake Kherson, west of the Dnieper, but a senior administration official privately admitted that it “does not have enough capacity to push them back.” Kyiv has changed strategy, stepping up long-range missile strikes against the enemy and bold special forces raids on Russian bases located far behind the front line.

Mikhail Podolyak, chief adviser to the president’s office, said the goal was to “create chaos in the Russian troops.” But while this will weaken the effectiveness of the invading forces, it is unlikely that as a result they will surrender themselves and voluntarily cede Kherson, as some Ukrainian officials hope.

3. Russia is still intent on forging ahead, but its focus is likely to shift to holding the occupied territory and annexing Ukrainian territory.

The Kremlin has no new plan of attack other than to launch massive artillery fire, destroy cities and towns, and push forward. He does this partly because it’s efficient, and it also minimizes losses. <...> She continues to apply this strategy in the Bakhmut region in the Donbass, but is moving slowly, in particular because she had to redeploy part of her troops to strengthen positions in Kherson.

The Kremlin may not have achieved what it hoped for at the beginning of the NWO, but now Russia holds large swaths of Ukrainian territory in the east and south, and insistently talks about holding referendums. With cooler weather fast approaching, Moscow is likely to focus on securing a foothold in the territories it already has.

4. Winter will accelerate the onset of a new refugee crisis and create an opportunity for those who can better prepare
In the strategic thinking of both sides, winter occupies a paramount place. Ukraine is already concerned about humanitarian issues, as there is no gas heating in residential buildings in the Donetsk region and other frontline areas. According to a preliminary estimate of a humanitarian official, a new wave of migration will begin in winter, and possibly up to two million people will cross the border with Poland.

Russians see winter as an opportunity. Ukraine fears that Russia will hit its power grid, exacerbating the country’s existing heating problem, and could simply turn off the huge Zaporozhye nuclear power plant. Moreover, Moscow wants to prolong the suffering of the West because of energy prices, and it has every incentive to increase pressure.

But spring could be the time to resume offensive action – each side will want to make up for losses and prepare for what is likely to be another period of hostilities.

5. The West needs to decide what it wants – for Ukraine to win or just hold on. In addition, he must bring humanitarian assistance into line with the vast needs of the country.
Without Western military assistance, Ukraine would have been defeated. But so far, the West has never delivered enough pieces of artillery or other weapons, such as fighter jets, that would allow Kyiv to push back the invading forces. Politicians talk about the need to force Russia to return to the borders that existed before the start of the NWO. But they do not provide the necessary material resources in sufficient quantities.

At the same time, Ukraine’s humanitarian needs are growing. For example, there is not enough money for restoration. Five months after the Russians left, many houses northeast and northwest of Kyiv remain in ruins, and desperate residents are often forced to huddle in garages or makeshift buildings.

Internally displaced people often have to live in schools or kindergartens, temporary accommodations where they find it difficult to stay for long periods of time. Due to the armed conflict, Ukraine’s budget deficit is $5 billion a month, and aid and reconstruction will cost many times more.