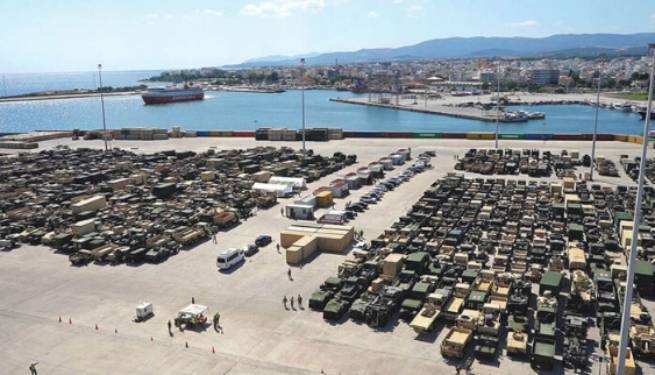 Greece handed over to the US the port of Alexandroupolis, which is currently used as a heavy weapons storage base.

The New York Times reports that, compared with last year, the amount of military equipment in the port, transferred by the United States through Alexandroupolis, has increased by about 14 times. And this causes discontent among Turkey and Russia.

The port of Alexandroupolis, according to the publication, the Greek authorities put up for privatization. The deadline for submitting bids in the tender for the acquisition of the port expired on 29 July. There are four contenders:

The port is located near the border with Turkey, in Alexandroupolis. In May of this year, the construction of a floating liquefied natural gas (LNG) terminal began there. Its launch is scheduled for December 2023.

The first ports in Greece to be privatized by foreign investors were Piraeus and Thessaloniki. Now Piraeus is controlled by the Chinese group COSCO, and the port of Thessaloniki was bought by an investment consortium that included Deutsche Invest Equity Partners GmbH, Terminal Link SAS and Belterra Investments LTD.