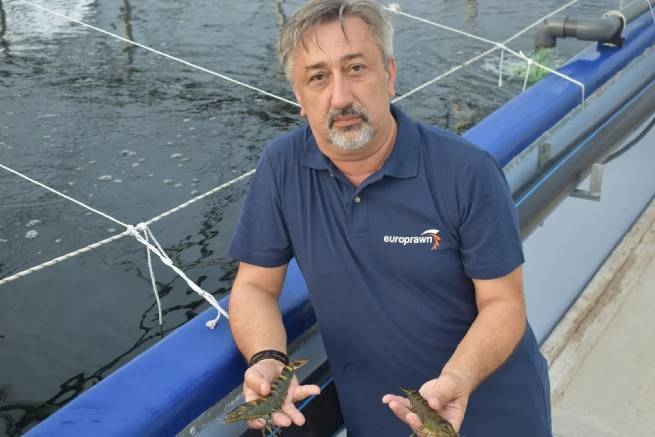 Napoleon Tsamis created the first shrimp farm in Greece, that is, he realized his old dream.

Born in the town of Eleftheria (Thesprotia), the village boy was not afraid of a new round in life – neither distance, nor new circumstances, nor the fact that he did not know English. Believing that his small and poor village had nothing to offer him, he did not listen to any of his family and flew to Australia with the support of his uncle.

Four decades later, N. Tzanis decided to change his life again. To return to their homeland, or rather to their place of origin, Thesprotia, in order to create, together with other Greek-Australian investors, a modern aquaculture enterprise in Igoumenitsa, which later became a model not only for Greece, but for the whole of Europe.

“I was born in a very small village, the main occupation of which was cattle breeding and products grown on the plain. I thought that I had no prospects, and in 1978, at the age of 10, I decided to move to Sydney, where my uncle lived. When I first got on a plane, it seemed to me that the journey was endless. The flight lasted 24 hours, and the experience was unique, ”said the businessman in an interview with the radio station ΑΠΕ-ΜΠΕ “Πρακτορείο 104.9Fm”.

Despite his young age and the obstacles he faced in Australia, Mr. Tzanis never felt that he had made the wrong choice. He finished school in Australia and then went to university where he studied molecular biology.

However, he said: “I quickly realized that I had reached the ceiling. While you are doing research, you are moving away from society. I have always had an entrepreneurial spirit, so I left molecular biology and started my own business. I have never dealt with anything but shrimp in my life.”

In Australia, during these 40 years, he received a second higher education. But the only profession that remained stable all these decades was shrimp farming. “Since 1998, when I bought shares and became a partner in the shrimp business, this story began,” he stressed.

His decision to return to his homeland and establish a land-based shrimp farm in Igoumenitsa was made in connection with a visit to Sydney by a local government representative who tasted shrimp during a meal and learned that they not frozen, but fresh, farm grown.

Mr. Tzanis, along with other Greek-Australians, immediately decided to give the local government a tour of the shrimp business they were involved in and collaborated with in Queensland. It also gave rise to the idea that one can do the same in one’s homeland, Thesprotia is a suitable place for such investments.

“When we made a decision with four other shareholders and completed all long-term actions to create a shrimp farming division, I decided to return home for good,” adds Mr. Tsanis, who currently holds the position of Managing Director at Europrawn Fish Farming Greece” .

The first year, after many efforts, has become the first year of production, and the number of fresh black tiger prawns, which are mainly consumed raw or boiled, is now covers the needs of the Greek market only. However, the company has signed agreements with Europe and the Middle East, in particular with Dubai and Doha.

At the moment the only black tiger shrimp farm in Europe located in Greece. The first wing of the shrimp farm employs 24 people, but when it is fully developed, the number of employees of the unit is expected to reach 150. The license obtained by them provides for the total operation of five production units, as well as the operation of a packaging workshop, etc. The aquaculture facility is located in the old Kalamas River Delta, and shareholders are determined to launch the project in full force.

The Thesprotia Biosafety Aquaculture Center “combines” aquaculture technologies with new innovative technologies for closed loops, water recycling and waste management, resulting in zero discharge of both wastewater and water to the environment.

Mr. Tzanis gave his young children and those with innovative business ideas a pep talk: “Never give up on a dream. If you really believe in something, go for it. And if you fall, then get up and keep going forward. And you will succeed.”