The coronavirus restrictions that are pretty annoying to everyone are ending, and until new ones begin, cultural figures in Greece and other countries are in a hurry to show their works and performances to the audience.

Martha Graham’s legendary dance troupe returns to Greece with a double program: “Αcts of Light”, Graham’s simplified 1981 eulogy of the dancer as a tool of self-expression, and the European premiere of a reimagined version of “A Song for Innocent Comedians”, hailed as an ode to nature.

The dance ensemble will perform at the Athens Concert Hall, ticket prices vary from 24 to 55 euros. 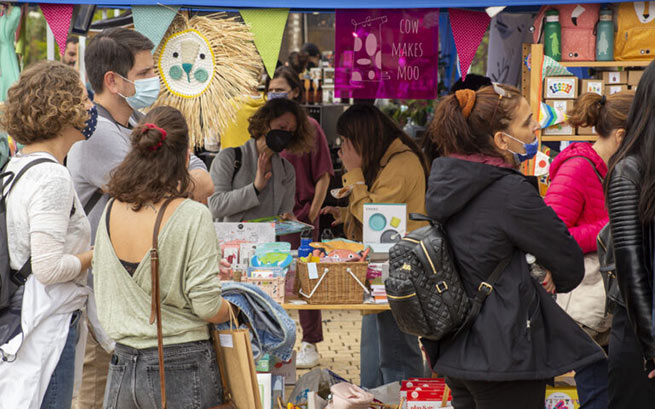 The spring edition of Meet Market brings together 125 Greek brands that produce apparel, accessories, jewelry, art, unusual design and artisanal food at the Athens Technopolis Cultural Complex. There will be Easter egg hunts for kids and cocktails for adults, as well as a wide variety of street food. Admission is free, opening hours are from 12:00 to 22:00 on Saturday and until 21:00 on Sunday.
Technopolis, 100 Piraeus and Persephone, Gazi. 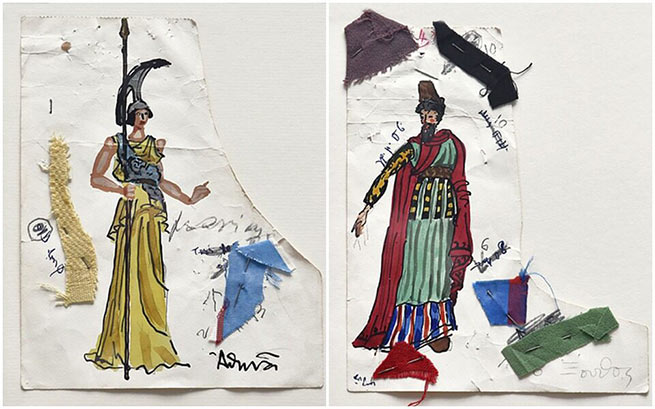 The Kolonaki branch of the Ikastikos Kiklos DL gallery presents a selection of eight original and 22 numbered copies of works by Nikos Engonopoulos (1907–1985), one of the country’s most influential artists of the 1930s generation and a prominent proponent of the Surrealist movement.

The eight original pieces include Engonopoulos’s costume designs for the 1959 production of Euripides’ opera Ion for the theater company of Thymelikos Thiasos, as well as replicas of iconic pieces the artist drew to represent Greece at the 1954 Venice Biennale. 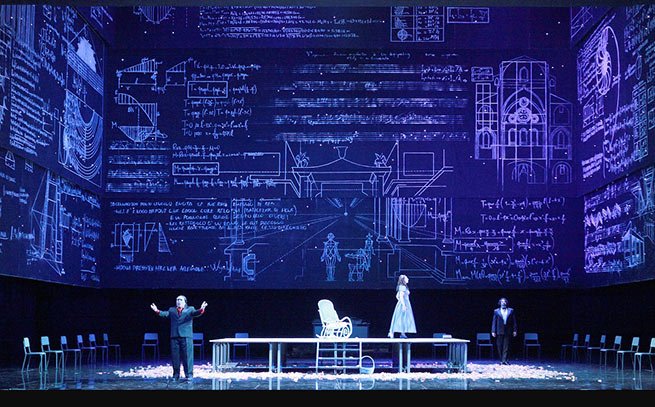 For more information and to purchase tickets, visit nationalopera.gr. 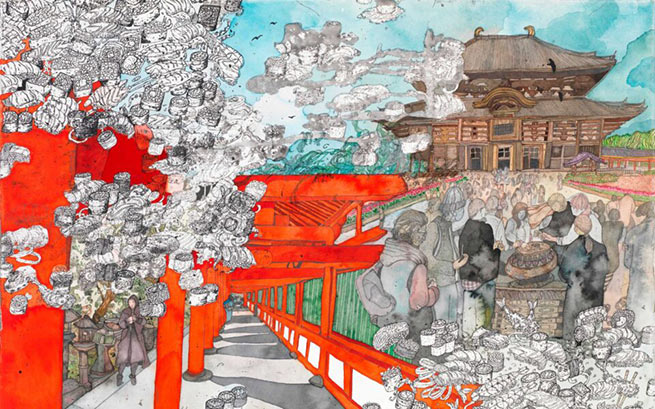 In The Two Temples, flamboyant contemporary Greek artist Stefanos Rokos presents a series of works inspired by a trip to Japan and the country’s mythology and religious practices, made shortly before the outbreak of the pandemic. The exhibition at the Zumbulakis Gallery branch on Kolonaki Square consists of mixed media paintings on paper or canvas, two woodcuts, an animated film and a book. 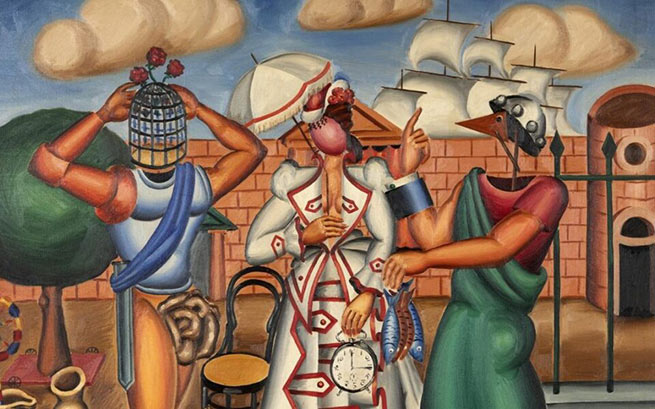 “The Orpheus of Surrealism” is a tribute to the famous surrealist painter Nikos Engonopoulos (1907-1985) of the B&M Theocharakis Foundation. Curated by Takis Mavrotas. The career-spanning show immerses the viewer in Engonopoulos’ whimsical and captivating universe of imaginary characters drawn from mythology and literature, history and poetry. Admission is free, pre-registration required. 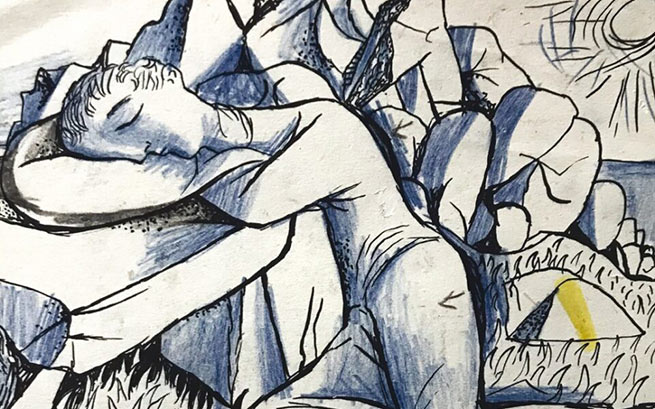 The Benaki Museum celebrates the life and work of Philhellene artist and designer John Craxton (1922–2009) with an exhibition that will take place at its flagship space in Kolonaki before traveling to Crete in the fall and then to London. The exhibition features many unknown works from the Craxton estate and includes 90 exhibits spanning his entire career, from prints and drawings to paintings and a large-scale tapestry created by Craxton after being expelled by the Greek junta in 1967. The exhibition also features photographs and memorabilia related to the artist himself. Curator Ian Collins will lead guided tours in English on May 8, 21 and 26. Opening hours: Monday, Wednesday, Friday and Saturday from 10:00 to 18:00, Thursday from 10:00 to 24:00 and Sunday from 10:00 to 16:00. Details at benaki.org.