As part of the raids on the streets of the city by services ΕΛ.ΑΣ On March 28, police detained a 28-year-old Albanian in central Athens on charges of drug trafficking.

According to Greek law enforcement agencies, after investigating information about the activities of a criminal network that was involved in the illegal trafficking of heroin in large quantities in the center of Athens, a drug dealer was discovered and his criminal activities were confirmed.

In the course of a special police operation by the Attica Anti-Drug Sub-Directorate, a foreigner was arrested for possession in one of the apartments in Athens 63 packages of heroin, with a total weight of 30 kg and 463.2 grams, for the purpose of trafficking. The drug dealer acted on behalf of other members of the criminal organization.

The arrested man was taken to the prosecutor’s office of Athens, writes iefimerida.gr.

As previously reported by “AN”, international experts have established the role of the impact of the COVID-19 pandemic on the growth of drug addiction. The report of the UN Office on Drugs and Crime says that in nine years, from 2009 to 2018, the number of people who use drugs increased by 30% and reached 269 million people. Moreover, in developing countries, the scale of drug use is increasing much faster than in developed countries, and adolescents and young people make up the majority of users.

According to the report, the pandemic COVID-19 only made the situation worse. Border closures, flight cancellations and other pandemic-related restrictions have disrupted traditional drug supply routes. Their shortage on the “black market” leads to the fact that people begin to use lower quality and more dangerous drugs, and their prices are rising.

At the same time, rising unemployment and declining incomes can push people to seek illegal income, including growing crops and smuggling drugs. In addition, desperate people are more likely to find solace in alcohol and drugs, which means that a further increase in the number of drug users can be expected.

“The COVID-19 pandemic and the economic downturn have pushed our healthcare and social support systems to the brink, we are barely coping with the consequences of the crisis, which means that drug-related threats will only increase,” – warned Gada Wali, Executive Director of the United Nations Office on Drugs and Crime.

The report says that drug traffickers, having lost their usual ways of transporting of their goods, are increasingly selling drugs on the “dark web” or delivering them by mail. Due to a shortage of strong opioids, highly addicted users use any psychoactive substance available, including alcohol and sedatives, and may also switch to intravenous drugs, thus increasing their risk of contracting HIV or hepatitis.

As the authors of the report found out, the popularity of cannabis is growing in the world, which is partly due to the legalization of marijuana in several countries and in some US states. In 2018, there were 192 million marijuana users. According to data for the period 2014-2018, obtained from 69 countries around the world, cannabis was involved in more than half of drug-related offenses.

Opioids are still the most dangerous drugs. The associated mortality over the past 10 years has increased by an average of 71%: by 92% among women and by 63% among men.

With regard to the availability of medical opioids used as pain relievers or in palliative care, this problem is particularly acute in developing countries. In 2018, for example, 90% of psychoactive drugs were consumed by 12% of the world’s population, residents of rich countries. 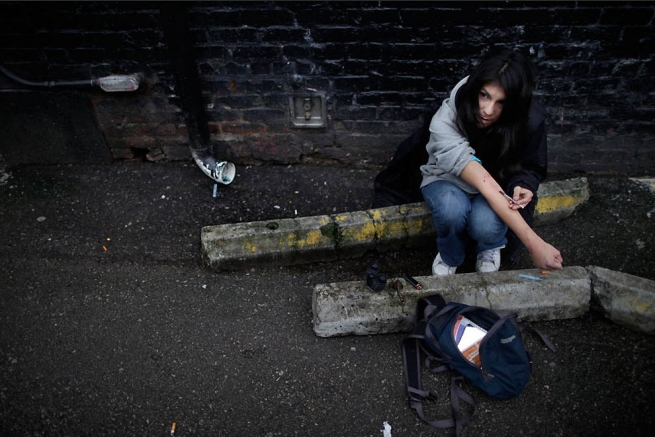 At the same time, the availability of narcotic medications depends on many factors, including legislation, cultural characteristics, and drug prescribing patterns. “Governments should show solidarity and support, first of all, developing countries, in terms of combating drug trafficking and providing effective assistance to those suffering from drug addiction and other drug-related diseases,” Gada Wali stressed.