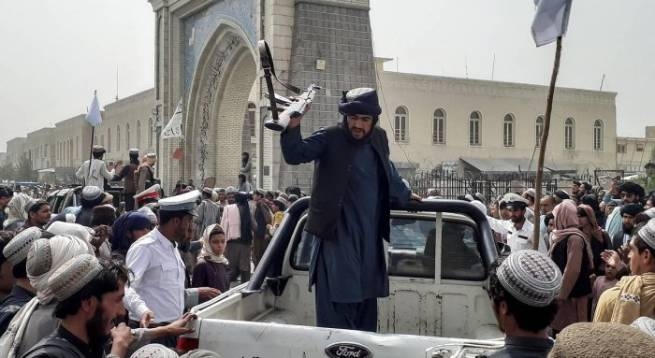 Among 12 people sentenced to public flogging in Afghanistan, three are women. Thousands of people watched the punishment that followed “crimes against morality,” writes BB.LV.

The flogging took place at a football stadium in Lugar province, says edition. This is the second punishment of this kind carried out by the Taliban in a month. They believe, according to a Taliban spokesman for the Air Force, that those subjected to severe punishment are guilty of “crimes against morality” – adultery, homosexual relations and robbery. Last August, the Taliban seized power promised “soft governance” compared to 1996-2001, but such public punishments suggest otherwise.

The Taliban regime is trying to achieve international recognition and receive humanitarian assistance, which was suspended after they came to power, but gradually imposes ever more severe restrictions on rights and freedoms. In the last 15 months, the rights of women, who were gradually “squeezed” out of public life, have been especially zealously curtailed. Most of them have lost their government jobs, cannot travel unaccompanied by men, and are required to wear covering clothing when outside the home. Further more. This month, the Taliban decided to keep women out of gyms, parks, public baths and rides.

A Taliban spokesman in Lugar Province, where the public flogging took place, said all three women were released after being punished, while several men were imprisoned. All those subjected to humiliating punishment received from 21 to 39 lashes. The maximum number of hits a person can get is 39, he explained. Last week, 19 people were publicly flogged in Takhar province.