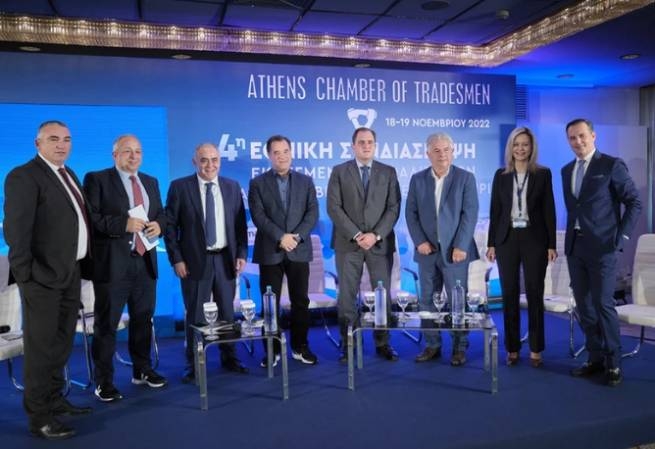 Compulsory building insurance is intended to be introduced by the government in areas of increased vulnerability, as well as at the legislative level to finally solve the issue of thousands of uninsured cars.

Areas of increased vulnerability are areas that are located in areas with a high probability of flooding or near forest areas where there is a high risk of fires.

Development Minister Adonis Georgiadis writes newsbeast.gr, said that the government is negotiating with the Development Bank and the Association of Insurance Companies. Promoting the proposal for compulsory insurance of buildings in areas of high vulnerability, he noted, “the government has the desire and intends to come up with an appropriate initiative before the end of its term,” as well as to solve the problem of uninsured cars by 2023. The Minister spoke about this at the 4th National Conference of Insurance Intermediaries, which took place on November 19-20.

It would not be superfluous to recall here that article 23 of the climate law provided that from January 1, 2025, new buildings located in areas of increased vulnerability are subject to compulsory insurance, and the presence of an insurance policy is a prerequisite for the electrification of a building. However, this article was withdrawn at the last moment.

Regarding uninsured cars, the manager of the Independent State Revenue Administration (ΑΑΔΕ) Georgos Pitsilis spoke. He noted that there are thousands of cars in circulation that have not paid insurance fees. The head of the department announced the intention of ΑΑΔΕ to look into these cases, notify vehicle owners, then collect tolls as required by law, and then impose fines for lack of insurance for cars and motorcycles.

The head of the ΑΑΔΕ stated that the existing structure is unworkable, since the police are not able to cope with such a volume of work. However, there is “political will”, starting in 2023, to deal with the problem. On behalf of the Hellenic Association of Insurance Companies, Konstantinos Bertzias took part in the discussion and noted the suffering of citizens involved in an accident with an uninsured vehicle. He explained that the costs of handling these cases by the state are so high that it is preferable and more economical to insure these vehicles in the private insurance sector.

In this context, the conference raised the issue of including insurance intermediaries in the next ΕΣΠΑwhat Mr. Georgiadis promised to do.