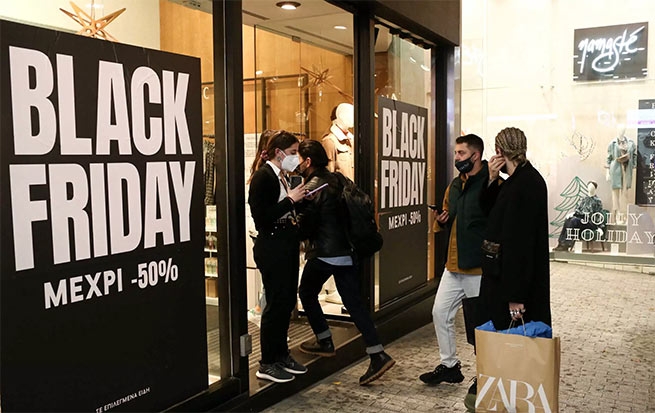 Retail stores in Greece will be closed on Sunday, November 27, the Federation of Private Sector Workers (OIYE) announced on Monday.

In a statement, the federation said the government was pushing for Sunday trading on that particular day “only out of favor with big franchises.” According to amna, the state news agency, the federation added that their protest is against the monopoly sales tactics on Black Friday, which the OIYE accuses as misleading and unfair to smaller businesses.

Note that the opening of shops on Sunday, when the government so decides, is optional. PSince the mid-season sales have been cancelled, the Ministry of Development has decided to allow stores to open on Sundays in November. These plans have already been canceled twice: once due to a strong storm (which, after all, it never came!) and once due to the authentic Athens Marathon.

Note also that in troubled Greece, where everyone has their own tastes, Black Friday started last Friday, it has spread to all sectors of the retail industry, including clothing, etc., and is expected to last at least , a week. Or two… or who knows!

Merchants can be understood, given the crisis and a sharp drop in incomes of the population – everyone is trying to somehow lure buyers. True, it must be borne in mind that in most cases the so-called. “sale” is a banal fraud, which, in theory, the police should deal with, but who will cut the branch on which he sits …