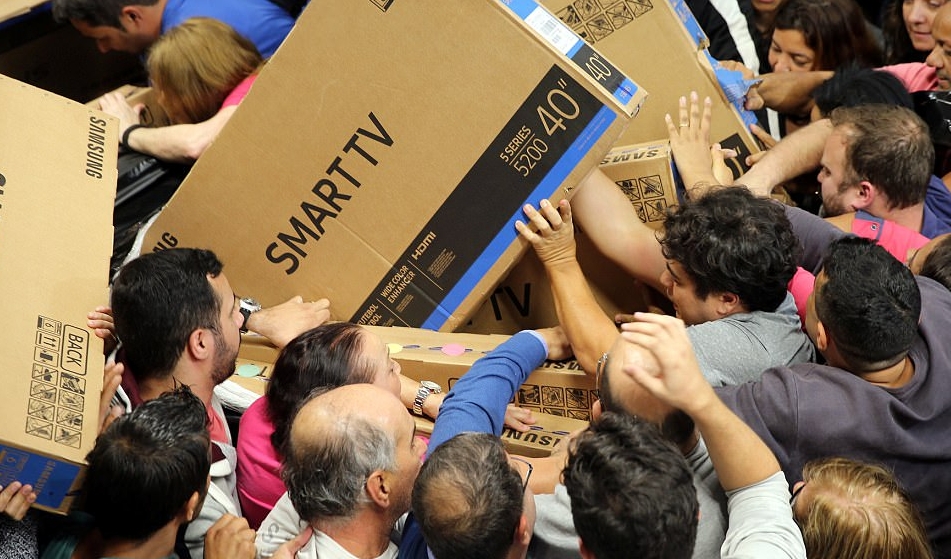 Only one in five consumers (i.e. 20%) say they will shop during Black Friday, according to SELPE’s 7th Retail Consumer Trends Survey.

This percentage is higher in the 18-44 age group and especially in the 25-35 age group, where it reaches 32%, i.e. 1 in 3 shoppers in this age group intend to shop on Black Friday. In contrast, the percentage in the age group over 45 is below 18%.

In addition, a consumer who regularly shop online is twice as likely to buy a product during Black Friday compared to other shoppers who choose a chain of physical stores.

This indicates that “heavy” online shoppers are significantly more active during this period – 28%, and only 14% intend to shop online (of those who do not consider themselves active Internet users in this regard). Estimated spending on Black Friday purchases ranges from 150 euros per capita (about 120 million euros in total). 80% believe they will not spend anything, 8% up to 50 euros, 6% up to 100 euros, 4% from 101 to 200 euros, 2% from 200 to 500 euros and 1% over 500 euros. A significant proportion of these purchases are for Christmas gifts.

20% of consumers who intend to shop on Black Friday, 7% – that’s about one in three – will buy something as Christmas gifts.

In terms of consumer opinion about Black Friday, 53% see it as just another sale period like any other, with 22% disagreeing. 13% consider it necessary to have it, and 44% disagree and do not consider Black Friday to be necessary.

The reason is that consumers do not see significant differences between a particular sales period compared to other sales periods that occur throughout the year. 6% say that Black Friday discounts are better than other periods, while 61% of citizens do not agree with this and believe that there are no practical differences.

However, the majority of consumers 65% (two out of three) would like the duration of discounts to be longer and come as soon as possible. 10% are satisfied with the current length of the period (several days). The data show that, despite the problems associated with inflation, a significant portion of the population will shop during this period, which is also a result of the need to save money (buy something decent cheaper).

The study was conducted with the scientific support of the ELTRUN laboratory of the Athens University of Economics between 14 and 16 November 2022 through a pan-Greek survey of 1157 consumers.