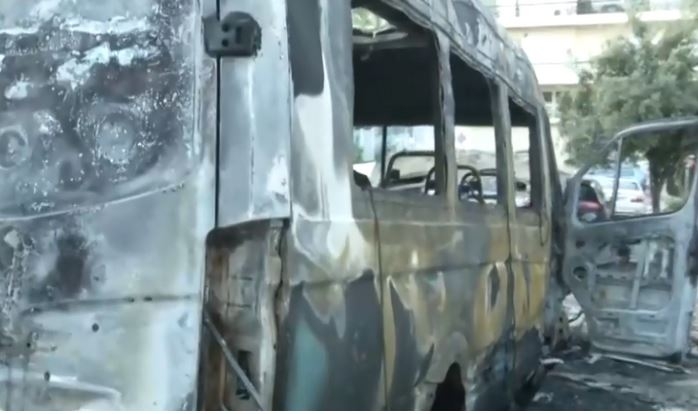 According to a Greek news channel, at 4:15 a.m., the fire department received a signal about a fire in a vehicle parked at the intersection of Bouboulinas and Thermopylae streets in Argyroupoli. Six firefighters in 2 specialized vehicles immediately went to the scene and put out the fire, preventing it from spreading. According to the same information, this is the tenth school bus that burned down in two weeks in Argiroupoli.

Greek law enforcement agencies are investigating to identify the arsonists. The school bus driver, in an interview with journalists of the ΣΚΑΪ TV company, stressed that he had not quarreled with anyone and was not “at enmity”, and that his car was most likely a “blind target” of vandals rampaging in Argiroupoli.