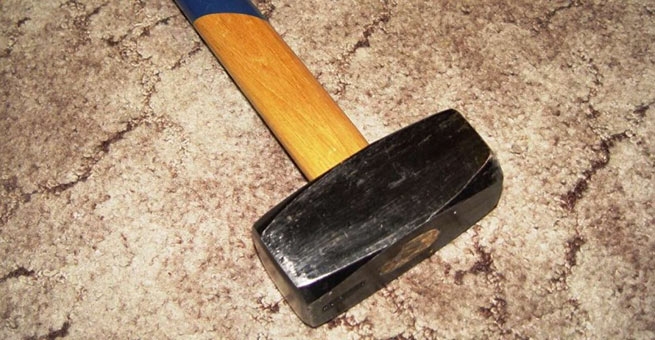 An 81-year-old man hit his 61-year-old wife in the head with a sledgehammer while she was sleeping and then committed suicide.

The dead spouses were found by their son on Tuesday at 13:00. When a man entered his parents’ house, he witnessed a terrible sight: a dead mother with a face disfigured by blows lay in bed and his father, lying in the kitchen on the floor in a pool of blood. According to the police, the crime or its imitation took place the night before or on Monday early in the morning.

As for the motives for the crime, the situation is unclear. From the testimony of people who knew them and the statements of family members to the police, it follows that the couple did not encounter family problems, and the man did not resort to violence. Everyone talks about two peace-loving and loving people, although after the man had Covid-19 two years ago, a change was noticed in his behavior, as he developed medical phobias and was very worried about his health.

It was very difficult for him, the cantor of the Church of the Three Hierarchs of Messina, to concentrate and devote himself to his beloved work. According to people who knew him, the man was too worried that he could become seriously ill and make his family suffer. So much so that he even tried to commit suicide, but no one expected that he would ever be able to kill a loved one.

The community of the city of Buka in Messinia, in the south of the Peloponnese, is in shock …

The police investigation continues to gather information that could lead to an understanding of the tragedy.

The deceased was the 14th victim of a murder of women in Greece since the beginning of 2022. More than 20 young and old women have been killed by current and former partners since 2021, when the phenomenon began to reach unprecedented proportions.