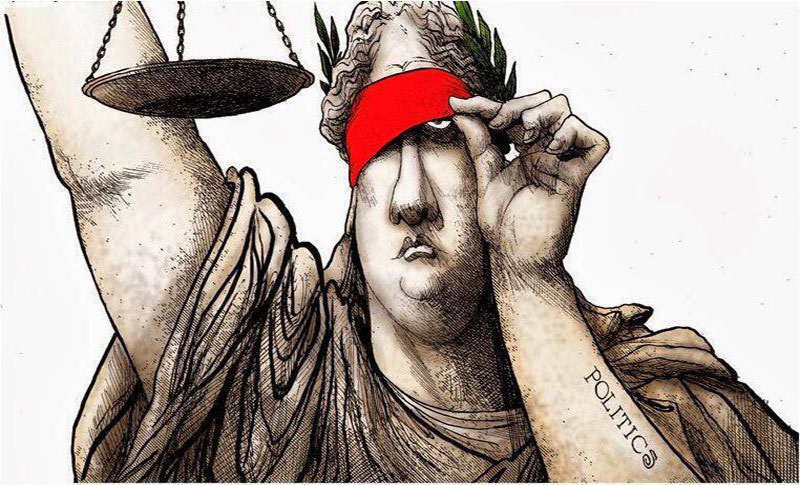 Eight out of ten citizens think that the Greek justice system is “slow” and 7 out of 10 characterize it as “legally confusing, politically controlled and not well organized”.

These are the findings of a survey conducted by Metron Analysis regarding relationship between citizens and the justice system in Greece. One in five Greek citizens have been in contact with the country’s judiciary over the past ten years, according to a study presented at the Circle of Ideas and Justice conference by the company’s scientific director, Stratos Fanaras.

According to the same study, members of the higher educational and economic class have more contact with the judiciary. Men are more likely to come into contact with justice than women, as well as some professional categories such as freelancers (31%), the unemployed (26%) and farmers (25%), while with regard to subjective social integration the same is true for small and the middle class (25%) and even more for the upper class (36%).

“The main parameter that distinguishes them is the level of education, and this is because those who are involved in the administration of justice have a higher educational level,” Fanaras said.

When asked how satisfied citizens are with the work of justice, four out of ten (42%) of those who have had contact with Greek justice in the last decade report that justice has been administered, and 30% that it has not.

More than 8 out of 10 respondents consider it to be the main characteristic of the Greek system of administration of justice slownessand 7 out of 10 characterize, as a legally intricate, politically controlled and underorganized. “Political control”, as well as other negative characteristics attributed to the judiciary, are closely related to political trust, Fanaras stressed. – Where we have low indicators of political trust, we have very high indicators of doubts about the independence of the judiciary and social justice. There is general agreement that justice in Greece is lenient. These figures are also very high among those who give a low percentage of political trust.”

“Here lies the danger in terms of the alleged link between the concept of the law, its enforcement and various conspiracy theories and anti-systemic sentiments,” he said and stressed: “Among those who say they trust the political system, “politically controlled” narrows to 49%, while among those who say they have low confidence in the political system, it jumps to 82%.”

Based on party preference in recent elections, ruling party voters tend to view the judiciary as more independent and less politically controlled than opposition party voters.