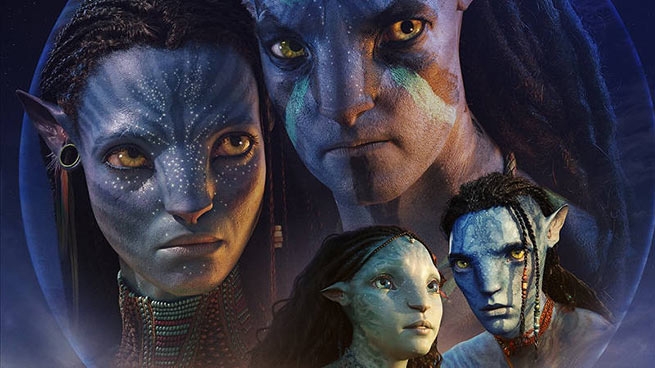 The first trailer for the sequel to James Cameron’s Avatar, Avatar: The Way of the Water, is out, slated for release on December 16. The action of the picture takes place ten years after the events of the original Avatar, the heroes will defend the planet Pandora from mercenary invaders from Earth.

The film “Avatar” is a fantastic film about the planet Pandora, where humanoid intelligent beings live – the Na’vi people. According to the plot, the earthling Jake Sully, who has taken the form of a humanoid, explores the planets with one of the representatives of the Na’vi – Neytiri.

The tape grossed almost $3 billion worldwide and for 12 years held the status of the highest-grossing movie in history. The film received three Oscars (with nine nominations), as well as two Golden Globes. In 2017, Cameron began working on four Avatar sequels.

Avatar: The Way of Water is set more than ten years after the events of the first film. According to the plot, Jake Sully and Neytiri started a family and raise children together. But one day Pandora is attacked by mercenary invaders from Earth who want to take away all the valuable resources of the planet. Then Sally and Neytiri decide to protect their loved ones and their own tribe, as well as the Metkain tribe living under water.

“Way of Water” follows Sally’s family Jake, Neytiri and their children, the challenges they face, what they do to protect each other, the battles they fight to stay alive. , and the tragedies they experience, ”the synopsis of the tape says.

By data The Hollywood Reporter, the film will run approximately 3 hours and 10 minutes.