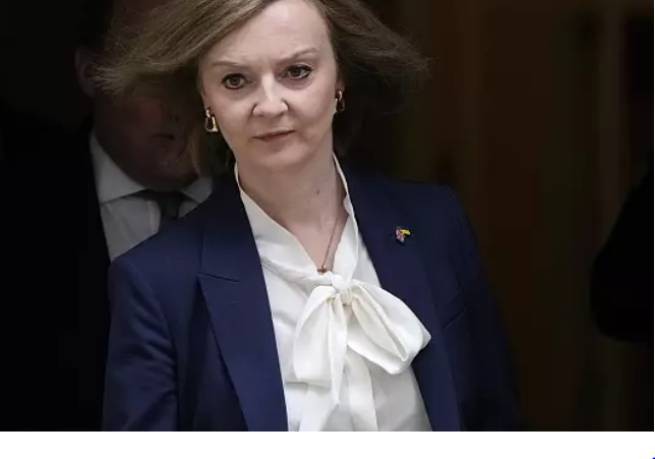 Moscow has officially named the UK as the main culprit in Saturday’s attack on the Russian Black Sea Fleet in Sevastopol, using drones and sea drones.

Press Secretary of the President of Russia Dmitry Peskov stated that the attack was staged and coordinated by British intelligence agencies, and promised to strike back: “The role of the UK in the attacks on the Russian Black Sea Fleet and the Nord Stream pipelines cannot simply be ignored, Moscow is considering its next steps.”

The Russian intelligence services have data confirming the involvement of the UK in the sabotage at Nord Stream, Dmitry Peskov said. According to him, London also led the attack on Russian ships in Sevastopol. Russia accuses the British of carrying out military strikes on military and non-military targets, since Nord Stream is considered civilian. Speaking about the explosion of the Nord Stream 1 and 2 pipelines, he said that Russia “has evidence of British involvement in sabotage, or, to put it bluntly, in a terrorist act against critical energy infrastructure.”

“Our special services have data, and we proceed from this information, which indicate that the leadership and coordination of the operation to attack the Sevastopol Bay was carried out by British military consultants,” Peskov said. “There is also evidence that Britain is involved in a sabotage, and in Russian, a terrorist attack on vital international energy infrastructure.”

A spokesman for the Russian president noted that the Kremlin, despite the “inadmissible silence of European capitals”, is counting on a comprehensive analysis of Britain’s participation in the attacks on Nord Stream and Russian ships. Answering a question from journalists about possible retaliatory actions against London from the Russian side, Mr. Peskov said that “it is impossible without this.” “Such actions cannot be left just like that. Of course, we will think about further steps, of course,” he said.

Some time ago, information appeared on social networks about the participation of London in sabotage at Nord Stream. It was distributed by the founder of file hosting services Megaupload and Mega Kim Dotcom on Twitter. It was alleged that after the sabotage on the gas pipelines, former British Prime Minister Liz Truss sent a message “It’s done” (“done”) to US Secretary of State Anthony Blinken.

Kim Dotcom has a very controversial reputation, as he manages to find himself at the center of scandals related to information and information technology. This time, he claims that then-Foreign Secretary Liz Truss and current US Secretary of State Anthony Blinken were involved in sabotage of the Nord Stream pipelines, which brought gas from Russia to Europe. Now there is evidence that both confirms his accusations and refutes them.
The explosions at Nord Stream took place on September 26, 2022, and were quickly called sabotage. To date, no one has been found guilty. But there is no doubt that Blinken was pleased when the news of the explosions broke. “This is a great opportunity to eliminate once and for all dependence on Russian energy resources and deprive Vladimir Putin of the opportunity to use them as a weapon and tool for the implementation of his imperial designs…,” he said.

British politicians called for an urgent investigation into the incident, said on Monday arstechnica.com. AT report, published by the British newspaper Mail on Sunday, quoted unnamed people speaking on condition of anonymity that Truss’ personal mobile phone had been hacked by “agents suspected of working for the Kremlin.” The perpetrators received “a year’s worth of messages” containing “very sensitive discussions with senior foreign ministers about the war in Ukraine, including detailed discussions of arms deliveries.” As it became known later, it was not the phone that was hacked, but access to iCloud (Apple’s service, where users of this company’s products store their photos, data, as well as messages and information about calls).

The Mail reported that the hack was discovered during the Conservative Party’s first presidential campaign in the summer, which saw Truss installed as prime minister. The discovery was reportedly “classified” by Boris Johnson, the British Prime Minister at the time of the campaign, and Cabinet Secretary Simon Case. Moreover, the latter reportedly banned the release of news, which had by then leaked out of the British Cabinet.

“If Dotcom is right, then we are dealing with a stunning statement that will have enormous consequences,” the publication concludes. “It is quite possible to believe that our politicians are very stupid and prefer to use personal phones, rather than government devices, which are not so convenient, but well protected,” the newspaper quotes the news. The American Thinker.