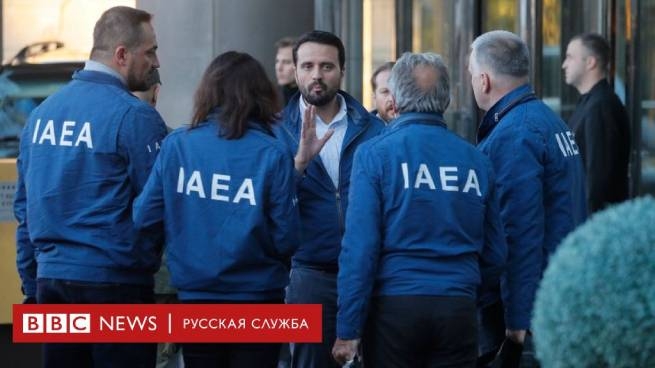 After the inspections, the IAEA officially refuted the earlier statements of the Russian Federation: there are no signs of undeclared nuclear activity in Ukraine.

“Ukraine’s written appeals to the IAEA with a request to send groups of inspectors were made after the Russian Federation made accusations regarding activities at three facilities – at the Institute for Nuclear Research in Kyiv, the East Mining and Processing Plant in Zhovti Vody and the production association” Yuzhny Mashinostroitelny plant in Dnipro. Over the past few days, inspectors have been able to carry out all the activities planned by the IAEA and have gained unhindered access to the facilities. Based on an assessment of the results available to date and information provided by Ukraine, the agency has not identified any signs of undeclared nuclear activities and materials at these facilities “.

The IAEA specialists also took environmental samples for analysis, which will be carried out in the IAEA laboratories and a network of analytical laboratories. The agency explained:

“Environmental sampling is a widely used activity using highly sensitive analytical methods that can provide information on past and current activities related to the management of nuclear materials.”

“Our technical and scientific evaluation of the results we have to date have not identified any evidence of undeclared nuclear activities and materials at these three sites. In addition, we will report the results of environmental sampling as soon as possible.”

Rafael Mariano Grossi emphasized that the agency remains ready to “carry out further similar verification activities in Ukraine in order to confirm the absence of undeclared activities and materials and thus prevent any misuse of such materials.”

Recall that Ukraine’s request for verification activities was made after accusations by Russia of activities related to the possible production of “dirty bombs” at two sites. As writes air forceLast week, Russia, through the mouths of several high-ranking military officers and diplomats, claimed that Ukraine was preparing to use a so-called “dirty bomb” on its territory – a non-nuclear explosive device that scatters radioactive material over a certain area – and then blame Russia for this.

Since October 23, Defense Minister Sergei Shoigu and Chief of the General Staff Valery Gerasimov have been calling their colleagues from the leading countries of the world with a warning about this danger. President Vladimir Putin later said that he personally gave them such an instruction. In Western capitals – Washington, London and Paris – this warning was rejected, called obviously false and, moreover, an attempt to prepare a false pretext for the use of low-yield or “tactical” nuclear weapons by Russia itself. As writes CNN Greece, Kyiv also denied the allegations. Western countries and NATO Secretary General Jens Stoltenberg warned that this was an attempt by Moscow to escalate the situation.