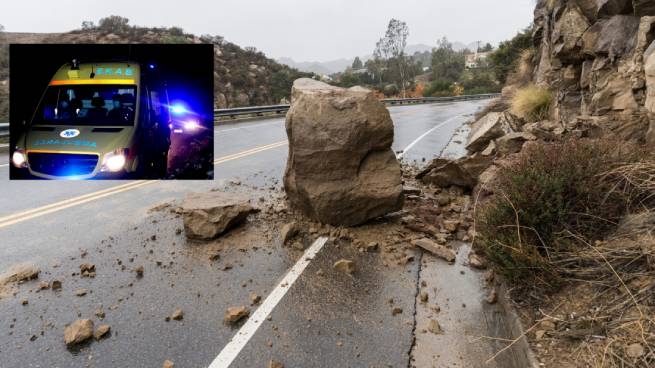 A little after midnight today, stones from a rocky hill in the area of ​​Agia Fotia in Ierapetra fell onto the roof of the hotel, collapsing it.

The reason was the resulting crack in the rock, which caused a rockfall. A woman in a hotel room and a 10-year-old child were under the rubble. According to the fire brigade, at about 2 am the boy was rescued and taken to the hospital. Doctors report that he has injuries to the limbs.

They tried to find the woman for several hours. Finally, at about 4.30 am, she was found unconscious and taken to the hospital. However, on the way to the ambulance, her pulse disappeared, and the doctors could only state a fatal outcome.

50 firefighters from various services of Crete, specialists from 3η ΕΜΑΚ, an ambulance from ΕΚΑΒ and police officers arrived at the scene of the incident, writes newsbeast.