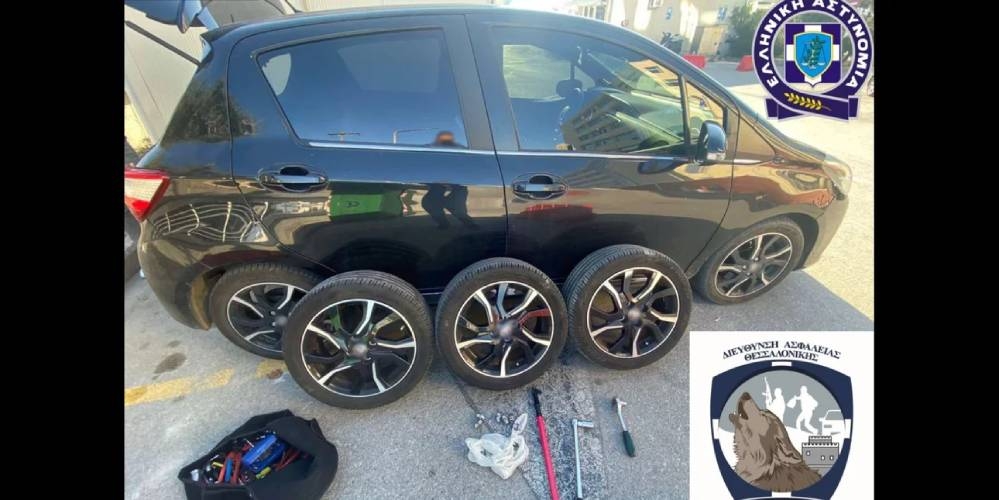 The case of the theft of car tires, wheels and spare parts from parked cars was investigated by employees of the property crime department of the Thessaloniki Police Department.

In particular, a special group created to identify thieves specializing in this type of theft, having analyzed the method of their actions, identified and detained a 49-year-old man in the Evosmos area. It was found that he, along with an accomplice, removed three tires from a parked car in the Analipsi area.

After a long and thorough investigation, it turned out that since the end of December 2021, attackers, acting mainly at night, have committed 44 cases of theft of car wheels, disks and spare parts from cars parked at the entrances of apartment buildings. Also, the attention of thieves was attracted by vehicles parked on the streets in Eastern Thessaloniki and in the city center.

The total value of what was stolen is 66,475 euros. It is noted that the attackers had special equipment for removing tires and wheels. And so that the car would not fall, being without wheels, improvised props were placed.

A search of the arrested man’s home found several car parts and thieves’ “tools”, including a system that disables car alarms and garage door controls, as well as several keys to cars of different brands. In addition, the IX car of the detainee’s wife was confiscated, in which the criminals “made sorties” to the places of thefts.