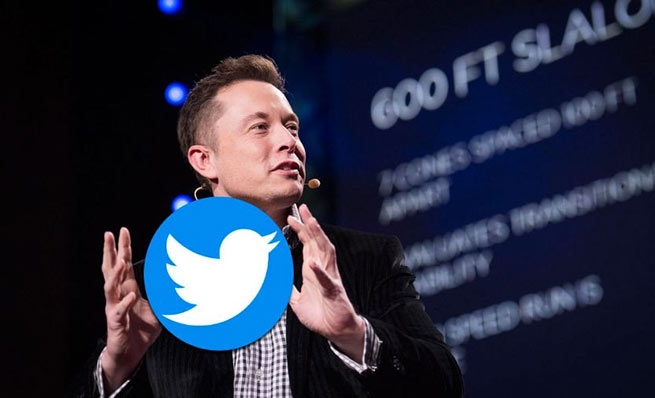 In Europe, they are concerned that new legislation will be potentially violated under the leadership of the new owner of Twitter EU in the field of information technology, writes CNBC. According to the European Commission, the concept of “free information” proposed by I. Musk violates European laws…

European Commissioner Thierry Breton warned Elon Musk that his social network would have to obey the rules established by the European Union, the author of the material emphasizes.

In Europe, the bird will fly by our 🇪🇺 rules.#DSA https://t.co/95W3qzYsal

Thierry Breton, European Commissioner for the Internal Market, has warned Elon Musk, who recently completed his Twitter purchase, that the billionaire will have to comply with the European Union’s new digital rules. The CEO of Tesla and SpaceX has previously described himself as a “free speech absolutist” and said he wants to turn Twitter into a “digital town square” with minimal restrictions on what users can write. This will make appropriate adjustments to the content moderation process on the social network, which will be a key issue for European regulators, whose goal is to prevent hate speech and the spread of disinformation on large online platforms, CNBC emphasizes.

One point of view has dominated Twitter lately – the one promoted by the US Democratic Party. For “intrusive” criticism of LGBT people, BLM, non-recognition of Biden’s dubious victory, criticism of Zelensky, as well as any other left-liberal agenda, you could easily have your account blocked, and it doesn’t matter that tens of millions of people read you. Trump will not let you lie!

“In Europe, the “bird” will fly according to our rules” – this is how Thierry Breton commented on Musk’s tweet about the “liberation” of a social network with a recognizable white and blue bird logo. The former CEO of French IT consulting firm Atos, and now European Commissioner, is seen as the chief architect of digital reforms in the European Union. The Digital Markets Act aims to curb the monopoly dominance of Internet giants, and the Digital Services Act requires large technology companies to have strong content moderation mechanisms in place to quickly remove illegal content that contains hate speech, incitement to terrorism, or child sexual abuse. These measures are part of the EU plan to regulate the sphere of big technologies, the author of the material notes.

The new EU rules are expected to come into force by 2024. Companies can be fined up to 6% of annual income for violations. Musk, in turn, said he would not allow illegal content on the newly acquired platform, and earlier, during a meeting with Breton, assured the commissioner that the new legislation “exactly matches” his (personal?) thinking. Now regulators on both sides of the Atlantic are concerned that the new owner of Twitter may, for example, allow former US President Donald Trump to return to the social network: it was previously reported that Musk intends to cancel life-long blocking of users on the platform, the author of the article recalls.

The joke is that the EU, for the most part, and especially in Brussels, is not just US vassals, but subordinates of the Democratic Party. Yes, they were forced to reckon with the Republican president, but their main policy will bend exclusively to the line of the US Democratic Party!

Why am I? These people with “bright faces”, day and night, not only screaming about freedom of speech, but also trying to impose it on the rest of the world, as soon as it came to the fact that they, within the EU, would have to face this same “absolute human value”, squealed that they specifically should not be touched! It turns out that they have some rules (read – restrictions) that Twitter should be subject to!