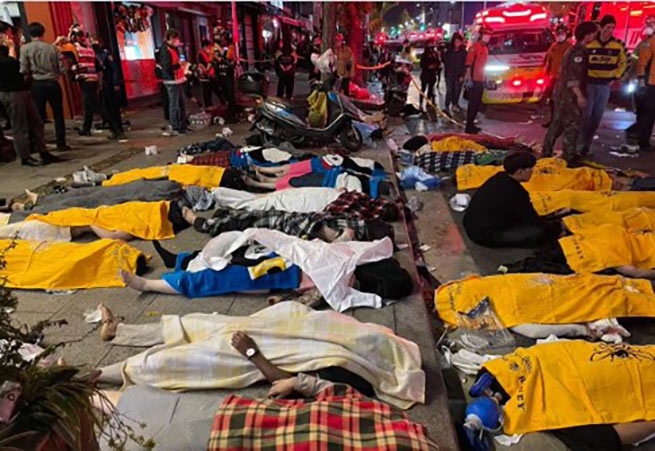 Halloween party in Seoul turned into a real horror night. The death toll continues to rise as authorities announced 120 dead and 100 more injured during a celebration in Seoul’s Itaewon district on Saturday night.

The stampede was caused by a crowd of tens of thousands of people who rushed to the center to celebrate Halloween.

South Korean firefighters said dozens of people were treated for cardiac arrest during Halloween celebrations in Seoul. Dozens of ambulances lined the main street of Itaewon, a popular area in the South Korean capital where crowds gathered for Halloween parties this weekend.

A Washington Post reporter saw paramedics perform CPR on dozens of people lying on the street while others were carried on stretchers to ambulances. Young people in carnival costumes hugged each other, upset and in tears.

Erin O’Toole from Canada, an English teacher who has lived in Korea for 10 years, said the area has become a popular place to celebrate Halloween in recent years. She warned her friends to arrive in Itaewon no later than 4:00 pm, fearing a large crowd. “I knew tonight was going to be crazy, but I didn’t know it was going to be this bad,” she said through tears.

The office of the President of South Korea said President Yoon Suk-yeol had been briefed on the incident. He ordered government agencies to urgently respond to the provision of assistance to the victims and review the current security measures. The government also issued an emergency alert throughout the city with messages on mobile phones.