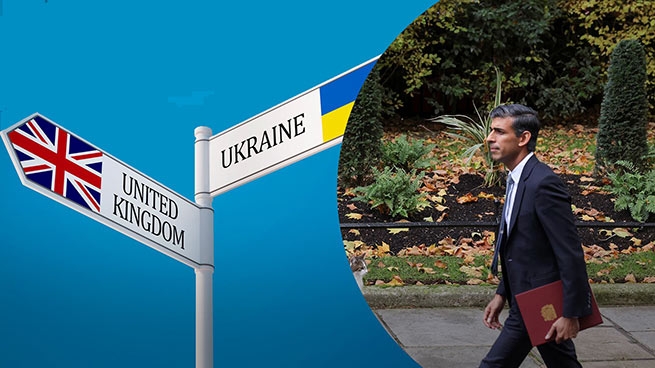 British Prime Minister Rishi Sunak will suspend financial assistance to Ukraine due to serious economic problems faced by the country.

It will look like a “freeze” in the foreign aid budget for another two years, the Telegraph newspaper reported Friday, citing people familiar with the matter. In essence, Rishi Sunak is preparing Britain for a partial withdrawal of support for Ukraine.

In fact, he, like many leaders of the collective western countries that support Ukraine, is waiting for the impending defeat of the Democrats (polls indicate they will lose control of the Senate and Congress) in the November 8 US midterm elections by the Republicans, who have repeatedly said that “the US will not ATM in Kyiv

In the US, Americans are outraged by the Biden administration and the extremist circles that control it, which are pushing the country into a nuclear confrontation with Russia at a time when fuel prices are now “harming” the American middle class. If the Biden administration is not forced to “soften” its stance towards Russia, then a democrat-compliant Europe will continue in the same vein, which will inevitably lead to economic collapse, and possibly even worse.

The freezing of financial assistance to Ukraine from the UK and, probably, after November 8 from the US, will mean the actual cessation of Ukraine’s military efforts.

The supply of additional MLRS by the British has already been “frozen”. They will supply Kyiv with 50% of what they received in the form of weapons during the Johnson era, but they will not give money at all! UK spending on foreign aid is set at 0.5% of national income. Two years ago, the government cut spending on foreign aid due to the blow to the British economy by the coronavirus (Covid-19) pandemic.

Sunak, who was finance minister at the time, said last year that spending on foreign aid should return to 0.7% of economic output by fiscal year 2024-25. However, according to the Telegraph, the possibility of further reductions in foreign aid spending for another two years, that is, until the 2026-2027 fiscal year, is being considered.

Sunak’s government is slashing spending and reversing tax cuts at a time when rising costs for mortgages, food, fuel and heating are hitting British household budgets, heating up the country.